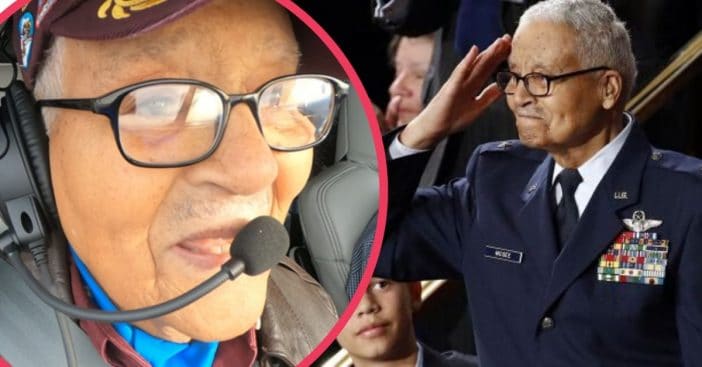 At last night’s State of the Union address, one very special person was honored last night. A 100-year-old Tuskegee Airman named Charles McGee. He was born in Cleveland and soon went on to serve in World War II. The Tuskegee Airmen were the first  African-American pilots in the history of the U.S. Air Force. McGee flew more than 130 combat missions fighting the Nazis in Europe.

After the Armed Forces became integrated, McGee would go on to serve in the Korean and Vietnam Wars. He would later retire with the rank of Colonel. McGee turned 100 on December 7th. Just 13 days later, President Donald Trump signed a bill that gave the retired pilot an honorary promotion to Brigadier General. Prior to the State of the Union address, Trump welcomed McGee into the Oval Office to present him with pinned stars on his shoulders.

During the SOTU speech, McGee’s great-grandson Iain Lanphier also received a special mention. He also wants to join the new U.S. Space Force one day. Lanphier received the special mention just prior to the president honoring McGee himself. For this specific moment during the address, it earned completely bipartisan applause.

“Gen. McGee, our nation salutes you,” President Trump says. “Thank you, sir.” Another great honor that McGee received this week includes being honored at the Super Bowl LIV alongside other WWII veterans. They all took part in the coin toss as well!

“We had folks tell us you can’t do something,” McGee says at the time that this promotion was announced. “I think this kind of sweeps that away. Realize that you can.”

Such an incredible honor! Take a look at the video below to watch President Trump honor the great Charles McGee.