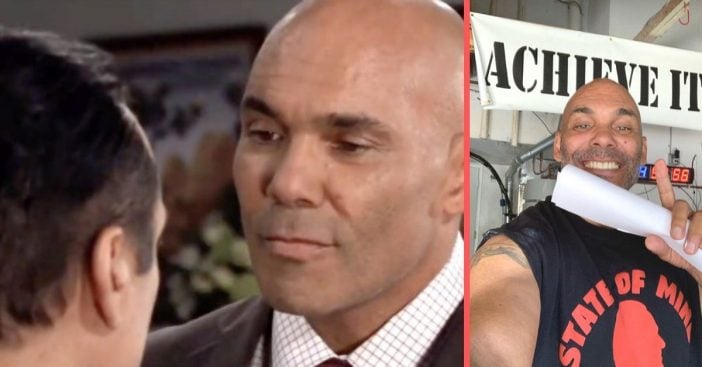 Actor Réal Andrews is returning to General Hospital, 17 years after he was originally on the show! Since playing Marcus Taggert on General Hospital, he has appeared on the General Hospital spinoff, Port Charles. He has also appeared in other soap operas including As the World Turns, All My Children, Days of Our Lives, and The Bay.

On General Hospital, he plays a police officer who has an ongoing feud with Sonny Corinthos (Maurice Benard). He is being brought back to the show after a new storyline has been revealed. He has some kind of connection to Jordan Ashford (Briana Nicole Henry), but it has not yet been shared what that is.

Réal’s first scene was aired on January 17, where he acted with the character Sonny. He was very emotional about his return back to the show, opening up about being fired the first time around. He shared a Facebook live video, opening up about his struggles and how grateful he was to be back on General Hospital.

RELATED: Jack Wagner Admits Falling In Love With His ‘General Hospital’ Co-Star Was ‘A Little Dangerous’

He talked about becoming sober and celebrating the anniversary of his sobriety on Christmas Day. He also revealed that he has become very religious and prayed to God that he could return to General Hospital. Soon after, he got a text from the casting director!

You can watch Réal’s return on General Hospital weekdays on ABC at 2 pm ET.

Click for next Article
Previous article: “You Heard It From Me First” – Joe Montana Is Certain His Team Will Win Super Bowl LIV
Next Post: ‘Dark Shadows’ John Karlen Dies At 86