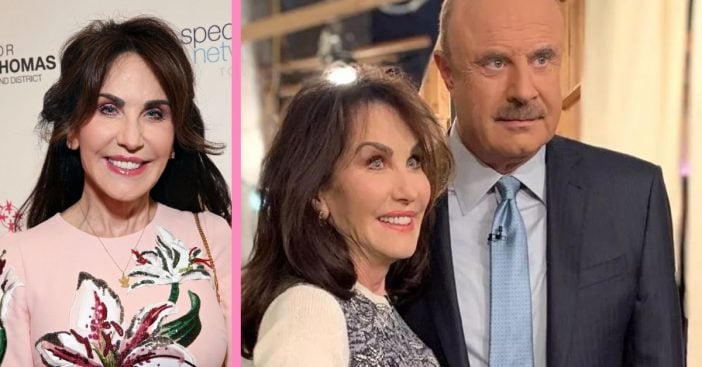 After fans got a look at best-selling author Robin McGraw years ago, they developed some theories. Those theories concerned her smooth, youthful appearance. Many finally believed she underwent plastic surgery or got a facelift. Finally, Dr. Phil’s wife is responding to all those rumors.

At 66, McGraw explained exactly why she appears this way on her podcast, “I’ve Got a Secret! with Robin McGraw.” Ultimately, fans had it partially right. McGraw did go through a cosmetic procedure years ago. But it was not a facelift. Instead, her facial transformation came about with a totally different kind of surgery.

Robin McGraw did get cosmetic surgery, just not what everyone thought

At the end of the day, Robin McGraw stated, her transformation came about thanks to an eyebrow transplant. It turns out one simple change can positively affect everything around it. “It brought my entire face into proportion,” she stated. Like many before and after her, McGraw faced thinning eyebrows because of previous rough treatment to them. “[My brows] were just not pretty at all because I tweezed them and they never grew back,” she elaborated.

Hair-restoration specialist Dr. Marc Dauer performed the procedure. Unlike other surgical approaches, this cosmetic change was minimally invasive for Robin McGraw. And it was apparently enough that it completely “changed my look.” Dr. Dauer spoke on McGraw’s podcast about the procedure and the impact such a change can ultimately have.

Though it isn’t invasive, the procedure requires attention to detail

Even though it isn’t invasive, Dr. Dauer’s procedure, like any other, requires a focused and informed mind. Dr. Dauer’s eyebrow transplant involved removing a piece of the scalp and extracted hair follicles. Those could then be grafted onto the eyebrows for a fuller look there. Since that procedure, Dr. Dauser went on to utilize an even less invasive approach known as Follicular Unit Extraction (FUE), according to Today.

Results from FUE are reportedly identical to what Robin McGraw underwent. But it is very important that the hair comes from the patient or from an identical twin. “Hair is an organ just like any other organ. So if you were going to transplant an organ from one person to another you’d have to be on all these immunosuppression medications to allow the body to not reject it,” Dr. Dauer explained. The doctor’s experiences actually line up with what McGraw has experienced as well. Fans speculated for ages about how she looks so young. Likewise, Dr. Dauer recalled, “People come to [my patients] and say, ‘You look younger’ or, ‘Did you lose weight?’ They can’t pinpoint it..”

RELATED: Woman Loses 200 Lbs After Being Bullied For Her Weight, Undergoes Stunning Transformation