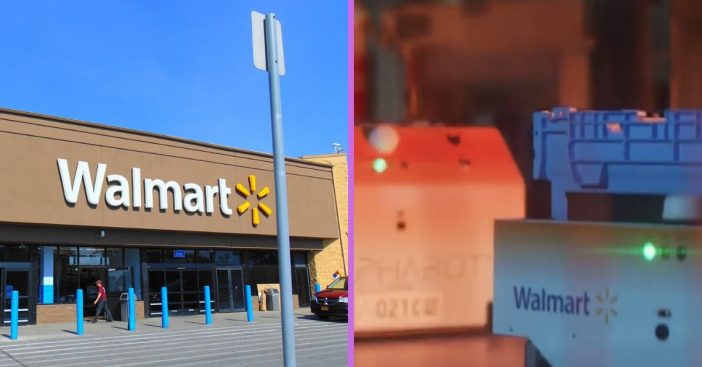 Walmart is testing a new system where they use robots to pick and pack online grocery orders. The system is currently being tested at a store in Salem, New Hampshire. The robots are part of a system called Alphabot. If all testing goes well, the system will start at more Walmart locations around the country.

Walmart has actually been testing the machines for months. They claim that the robots can pick grocery orders 10 times faster than a human. They are hoping to compete with Amazon and other grocery stores like Kroger.

The Alphabot system is made up of a gride of shelving unites that holds grocery items. Generally, it can hold about 20,000 different items. As of now, the robots will pick and pack all online grocery orders, with the exception of fresh fruits and vegetables. Humans pick those items for now, due to their fragility.

At the Salem Walmart store, they currently have thirty robots. They will eventually add about 20 more. When the robots pick all of the items, they are placed in bins for workers to put inside shopping bags. The robots even help workers to know the correct placement of items in bags with lights.

Then, customers use a touch-screen computer to get their groceries. Customers can also have the option of home delivery. While Walmart has only tested the system at one location, they hope to roll it out to many more soon. Analysts believe this system could be very beneficial when competing with giants like Amazon.

According to the analysts, “Walmart’s heightened focus on testing innovative technology, expansive store footprint, and leading market share have enabled it to become the clear front runner among the traditional retailers when it comes to omnichannel grocery offerings.”