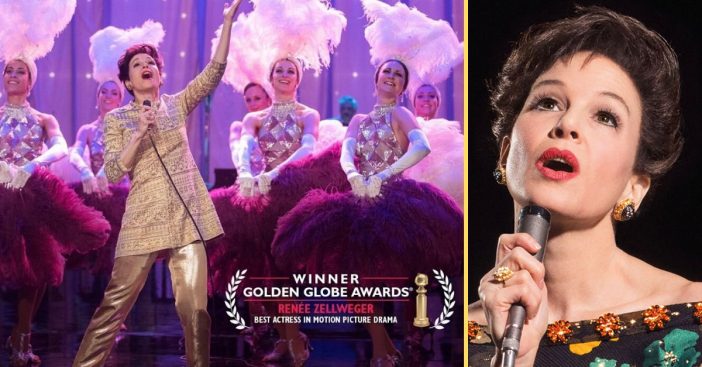 Renée Zellweger won a Golden Globe yesterday for her role as Judy Garland. When Renée went up to accept her award for best actress in a motion picture in the drama category, many fans were confused. While giving her acceptance speech, Renée was talking in a Southern accent, something she doesn’t normally do.

Renée actually is from Texas, but she is not known for having a Southern accent. You can hear the accent fade in and out a little bit as she speaks. Many people talked on Twitter, and most agreed they did not know that Renée had a country accent.

“I was today years old when I found out Renee Zellweger had a thick country accent,” shared one Twitter user. Some fans were not surprised though. “They are even criticizing her accent!!!” tweeted one viewer. “Those people don’t know that #ReneeZellweger is a Texan???”

In her speech, Renée talked about her comeback performance. “Wow, I really am up here. Well, hi everybody, it’s nice to see you. Y’all look pretty good 17 years later. Thank you to the [Hollywood Foreign Press Association, the Globes’ organizing body] for inviting me back to the family reunion, especially with all these extraordinary ladies this year. I mean it, your work moves me. It moves me. And I’ve been cheering for y’all from theater seats for a long time.”

She also honored the late Judy Garland, who she played in the film. “Celebrating one of the great icons of our time with you has been one of my great life blessings. and the conversations I’ve had with people internationally who just want to express their love for Judy Garland and tell about the great personal significance of her legacy and humanity has been a great reminder that the choices we make matter, what we make matters, and how we choose to honor each other in our lifetimes can matter a great deal down the road.”

Watch the speech below:

Click for next Article
Previous article: ‘Planet Of The Apes’ Actress Natalie Trundy Dies At 79
Next Post: Robert Irwin Tears Up While Talking About The Injured Animals From The Australia Bushfires