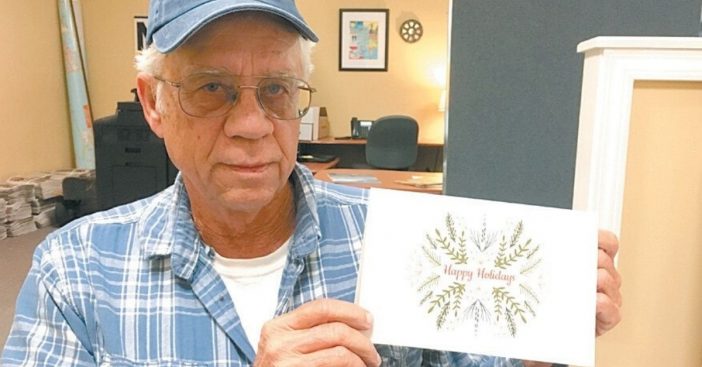 Mike Esmond remembers when his family of five struggled to pay their utility bills during the holidays. One winter, the gas was shut off in his home during one of the coldest winters on record. So now, decades later, Mike wanted to help other families who might be struggling with the same issue right before the holidays.

It all started when he opened his utility bills this month. He saw that the due date was December 26th. He said, “That made something pop into my mind, that people have to pay these bills by Dec. 26. If they don’t pay them, they’re going to be disconnected, and they’re not going have gas or water for the holidays.”

Mike is 73 years old and a successful business owner. He lives in Gulf Breeze, Florida and knew he had the means to help. He asked the city if they could put together a list of the people who were going to have their gas and water shut off. The list was a total of 36 families, rounding up to about $4,600. He paid the full amount.

He said, “When I did this, I didn’t even know that the city was going to do what they did! The ladies in the billing department actually used their computers to make up a Christmas card and they sent it out to all the people that were expecting their gas to be disconnected.”

The card revealed to the families that Mike had paid their bill. The outside said “Happy Holidays” and the inside said, “It is our honor and privilege to inform you that your past due utility bill has been paid by Gulf Breeze Pools & Spas. You can rest easier this holiday season knowing you have one less bill to pay.”

Mike had no idea that the city had sent this card! Then he started getting messages thanking him for his good deed! The city was going to send a card to Mike to alert him, but they had forgotten. He hopes that he can inspire others to help out people in need.

Mike said he never imagined people would be so appreciative

Mike admitted, “I never expected people to be so appreciative of me doing something I thought was a simple gesture to make Christmas better for some families. I started out, I thought this would be a cool thing to do and people who are worried about paying bills are going to find out that they don’t have to pay the bills. But I never knew it would snowball the way it has.”

Lastly, he said, “I just wanted to do something this time of the year — Christmastime — to do something to help families that really needed help. I’m just as surprised and overwhelmed as everybody else.”