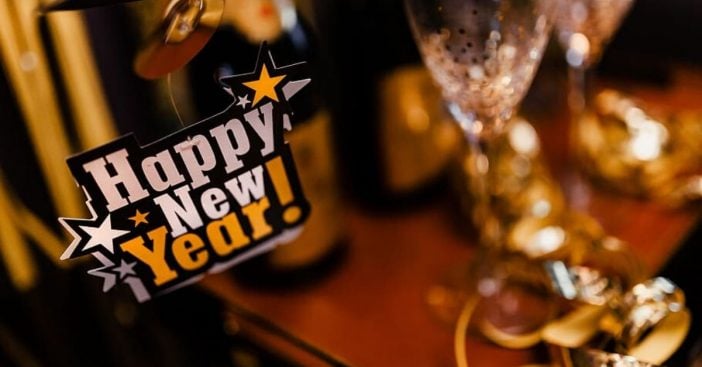 New Year’s Eve is a time to celebrate and look back on the year before as you head into a new one. This New Year’s Eve is very special because as we embark into 2020, we are not only celebrating a new year but a new decade! You might have a New Year’s Party or write resolutions, but there are some traditions your grandparents probably did that have fallen by the wayside.

Learn more about some New Year’s Eve traditions and see which new ones you can incorporate into your festivities this year. Speaking of… what are your New Year’s Resolutions? Remember, only make ones you can actually complete!

2. Incorporate your heritage into the party

Many different cultures have certain traditions when it comes to food on New Year’s as well. For example, in Spain, it is custom to eat 12 white grapes at midnight. Ring-shaped foods also represent things coming full circle as the years change. You could also serve a traditional drink like mulled wine instead of just champagne.

In the past, gift-giving often extended into New Year’s Eve. However, they were generally very small gifts. If you are headed to a party, perhaps bring a small gift for the host or hostess. Chocolates are always a great gift!

In addition, if you go to a party, it would be a nice gesture to write a thank you note. You could also write thank you notes to those who impacted you this year. They will love a handwritten note!

Click for next Article
Previous article: The 1920s vs. The 2020s, A Walk Down Memory Lane To See How Much Things Have Changed
Next Post: Hoda Kotb Shares Video Of Baby Hope Catherine Standing