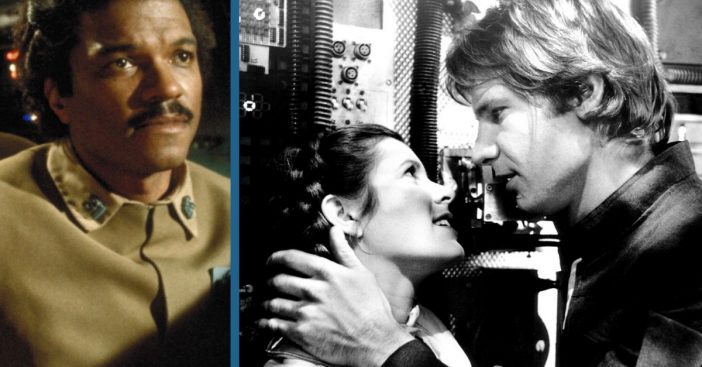 82-year-old Billy Dee Williams recently opened up about his return to the Star Wars franchise in The Rise of the Skywalker. But, he also opens up about the alleged affair that took place between his co-stars, Harrison Ford and Carrie Fisher. It seems to be almost an expectation that when certain actors work together, there tends to be behind-the-scenes chemistry almost as much as there is on-screen!

“As far as I’m concerned, I mean, I don’t care what people are — if they’re f—ing each other and they’re s—ing each other, whatever they’re doing, that’s fine with me. I don’t care,” Billy tells Esquire. Fisher’s tell-all book The Princess Diarist dives headfirst into her three-month affair with Ford. He was 14 years older than her, plus married and a father at the time.

Billy Dee Williams shares his thoughts on Ford and Fisher’s alleged affair… what does Ford think?

Ford previously says that he didn’t want to talk about the allegations in Fisher’s book, since she died back in 2016. He also reveals he did not read her tell-all book. “Oh, I don’t know. I don’t know. You know, with Carrie’s untimely passing, I don’t really feel that it’s a subject that I want to discuss,” he says to GQ back in 2017.

In the interim, Billy explains how he feels about his character returning to the Star Wars saga. “I always imagined Lando being like Steve Wynn, running Las Vegas. Because he’s a gambler. But he was a bit of a showman, a bit of an entrepreneur. That’s how I see Lando. I never necessarily saw him as a general running around shooting things.”

The actor continues on about his character, Lando, “What I presented on that screen people didn’t expect to see. And I deliberately presented something that nobody had experienced before: a romantic brown-skinned boy.”

Star Wars: Rise of the Skywalker releases in theatres on December 20th, 2019, for those who wish to catch Billy Dee Williams in action again!
Click for next Article
Previous article: This 187-Year-Old Tortoise Is The Oldest Land Animal In The World
Next Post: Meet “Margaritaville” Singer Jimmy Buffett’s Three Children