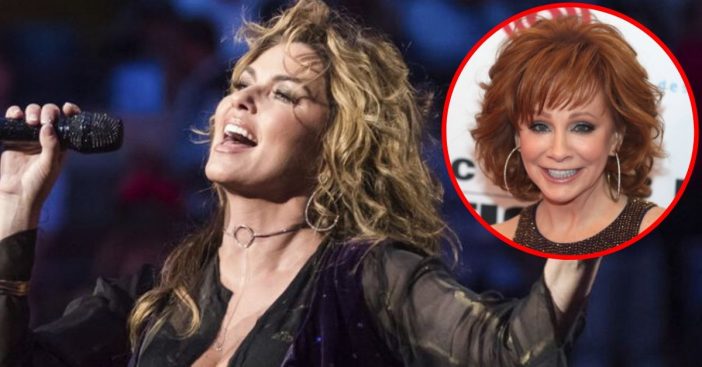 54-year-old Shania Twain has opened up about something that has been grinding her gears a bit in the country music world. Country radio stations! She talks about how they should give female songs more airtime on the station as well as the fact that they’re turning “ageist” and not playing songs by older artists anymore.

“There’s a lot of good female talent out there, and they’ve been more vocal about the resistance at radio to include them more equally in airplay,” she says about giving females more time on the radio. “I’m hoping that does start to make a change because there are many female artists with strong songs that belong in the Top 40 on country radio that are just not there.”

The idea of giving women more airplay on country radio stations was echoed by Sugarland’s Jennifer Nettles. She would actually attend this year’s Country Music Association Awards in a pink ‘train’ saying “Play Our F****n’ Records.” It was a call-out to radio stations for not giving them “equal play” as men. Twain says it’s even harder for mature women to get airplay time.

RELATED: A Starry Eyed Shania Twain Got To Spend Some Time With Tom Jones

She calls it a ‘disservice’ to themselves and the public

Twain continues, “Thankfully with technology, we do have other outlets of getting our music out there and radio isn’t the end all be all of somebody’s success today.” She adds, “But it’s very frustrating and it’s a disservice not only to the artist, but to the public, that they can’t turn on the radio and hear all the best music that’s being made right now.”

Twain has felt this way for a while now– check out her interview from nearly a year ago. She states that women “aren’t making progress” on country radio.