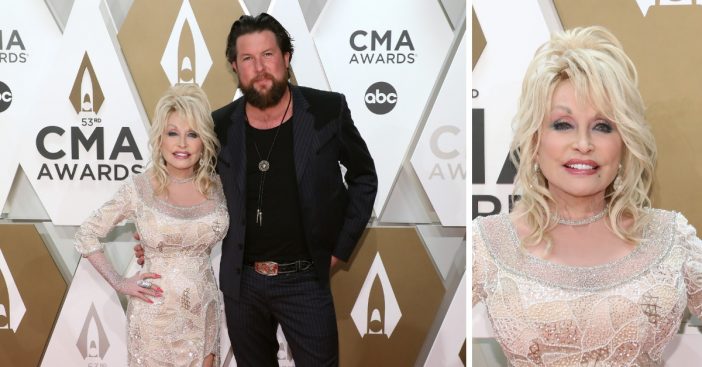 Last night, Dolly Parton not only co-hosted the 2019 CMA Awards but performed as well. She took a chance by performing some faith-based songs and it paid off. Dolly not only sounded incredible but inspired audiences everywhere.

First, she collaborated on the song “God Only Knows,” with the duo for King & Country. Next, she sang with Zach Williams for a rendition of “There Was Jesus.” Lastly, she performed a solo version of her newest dance hit “Faith.” The song is by Galantis and Mr. Probz as well.

Many fans took to social media to share their love for Dolly and her song choices. One user wrote, “Thank you @DollyParton for the BEST performance of the night! @KeithUrban did an awesome job too!” Another wrote, “Literally sat here like a giddy child watching Dolly Parton sing on the CMAs.”

RELATED: Dolly Parton, Reba McEntire Will Be Special Guests Next To Host Carrie Underwood At The 2019 CMA Awards

Other fans were a bit surprised that she sang faith-based songs on television. Often, this can be controversial. One Twitter user wrote, “Can’t believe @ABCNetwork allowed songs about Jesus, Faith, and God. Thank you, Dolly Parton!”

Another fan said, “I’m sorry, @DollyParton singing worship music is everything. Everyone should be made to listen to this. Love this. I swear there would be a lot less hate in the world if everyone did. @CountryMusic #CMAs.” What did you think of the performances?

No matter your beliefs, you have to admit that Dolly looked and sounded incredible. She definitely took a risk in this day and age, but it seems her fans loved the performances. Watch the official music video for KING & COUNTRY + Dolly Parton – “God Only Knows” below:

Click for next Article
Previous article: Priscilla And Lisa Marie Presley Have Different Thoughts About Elvis Biopic
Next Post: New Streaming Service Disney+ Putting A Disclaimer For Racism In Its Older Movies