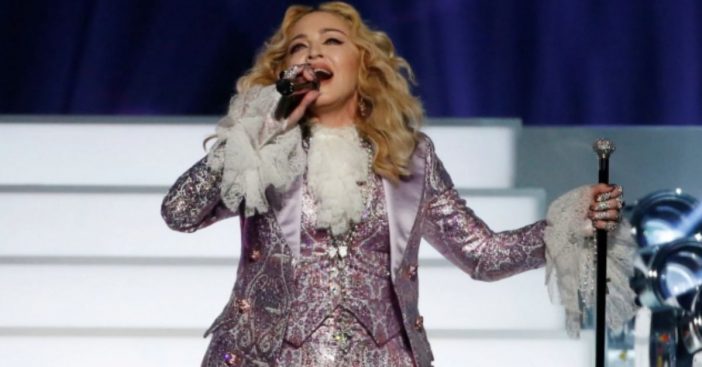 A Florida man who was a fan of Madonna has filed a class-action lawsuit against the singer. The man by the name of Nate Hollander was planned to attend one of her shows in Miami Beach. However, the show was pushed back a whole two hours to accommodate Madonna being late. Hollander purchased 3 tickets to the show. Those came to a grand total of $1,024.95 for the December 17th, 2019 concert.

At the time Hollander bought these tickets, the show was scheduled to begin at 8:30 pm. The lawsuit claims that at the start of the tour back in September, Madonna would arrive hours late to her own shows. This meant that Hollander’s upcoming show would be pushed back to start at 10:30 pm.

The 61-year-old singer allegedly has a “long history of arriving and starting her concerts late” which has prompted many of the shows on her tour to be rescheduled. Hollander did not want to attend a concert so late at night and Live Nation would also not refund his money for the tickets.

“Ticketholders had to work and go to school the next day, which prevented them from attending a concert that would end at around 1:00 a.m.,” the suit alleges. In an attempt to recover at least some portion of the money lost to the tickets, he would attempt to resell them on Ticketmaster. “Due to the change in the start times … all tickets purchased by Hollander and all class members suffered an extreme loss in value, making it impossible for Hollander and all class members to recover the amount paid for said tickets by reselling them,” the lawsuit continues.

Breach of Contract and Negligent Misrepresentation

Hollander is specifically suing for breach of contract and negligent misrepresentation and is seeking damages. He also says that both Madonna and Live Nation “knew or should have known that said concerts would not start at 8:30 p.m.”

According to KVVU, in Las Vegas, fans would actually boo Madonna for showing up late and chanted that they wanted a refund. That show at The Colosseum at Caesars Palace would also start two hours late. That specific show was supposed to start at 10:30 pm but she did not arrive to the stage until 12:30 am.

In the above video, Madonna addresses the crowd from the show previously mentioned. She says,  “Here’s something that you all need to understand. And that is, that a queen is never late,” she says as she sits atop a piano.