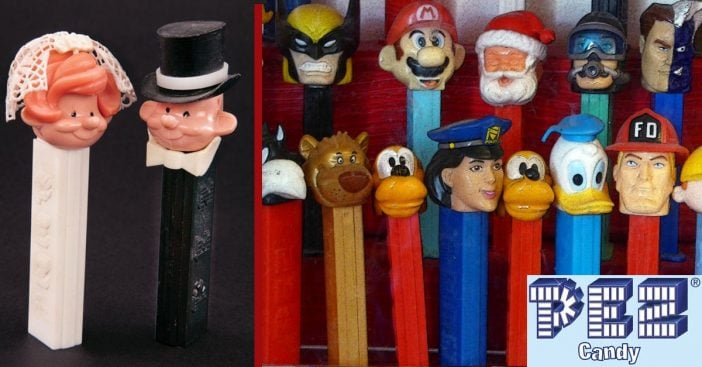 Ready for your jaw to drop? This one has been sold for $32,000! This is because it was created for the 1982 World’s Fair in Knoxville, TN and was never released to the public. In addition, only two are supposed to exist and PEZ employees were the ones to get their hands on them.

For instance, if you have the Space Troopers in mint condition still in the box, you could make around $1,500.

These PEZ dispensers were also never released to the public. In addition, they can be sold for $2,000. These were actually made for a PEZ employee’s wedding. How cool is that?

The Surprising Story Behind Pez Dispensers. You Thought You Knew It All!