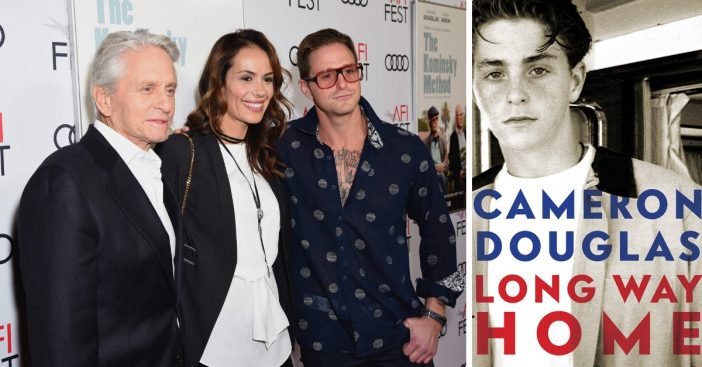 Many know about Michael Douglas‘ younger kids with wife Catherine Zeta-Jones. He also has an older son named Cameron Douglas. Michael and Cameron are opening up about Cameron’s past drug addiction in hopes of helping others escape the same issues.

When Cameron was a teenager, he starts drinking and smoking pot. Unfortunately, soon he starts abusing cocaine and heroin as well. This would lead him down the wrong path in his 20s. Cameron is now 40 years old and fortunately doing a lot better! He credits his recovery to his supportive family who never gave up on him.

Cameron Douglas admits he hated his life on drugs

Cameron admits, according to PEOPLE, “I hated the wreckage I saw in my life because of drugs, but I just couldn’t stop.” Michael and Cameron’s mother Diandra tried to help their son over the years. Michael admits there were plenty of times they thought they might lose him.

In the worst of it, Cameron was dealing drugs to keep up with his drug habit and was dealing with drug-induced seizures. He said, “It’s the sneaky power, the stranglehold that addiction has when you’re in the throes of it. When you get that far down the rabbit hole, there are a couple options: there’s prison and then there’s death.”

Cameron did go to prison in 2009 for conspiracy to distribute meth and cocaine. Sadly, this didn’t change him at first. His sentence was extended for possession of drugs while he was in prison. However, when he got out in 2016, he committed to the path to recovery.

Now, Cameron has a 22-month-old daughter named Lua with girlfriend Viviane Thibes. He is working on restarting his acting career as well. His latest credit on IMDb was in a short film by the name of Dead Layer. Cameron is also releasing a memoir called “Long Way Home.” He hopes the book can help other addicts seek help and maybe even save someone’s life.

In conclusion, we wish Cameron and his family the best! It is always great to see a comeback story. If you’re interested in pre-ordering Cameron’s book, click here. Its release is on October 22, 2019.

Click for next Article
Previous article: Olivia Newton-John Is Auctioning Off Her Leather Outfit From ‘Grease’
Next Post: Freeform’s “Kickoff To Christmas” Movie Schedule 2019