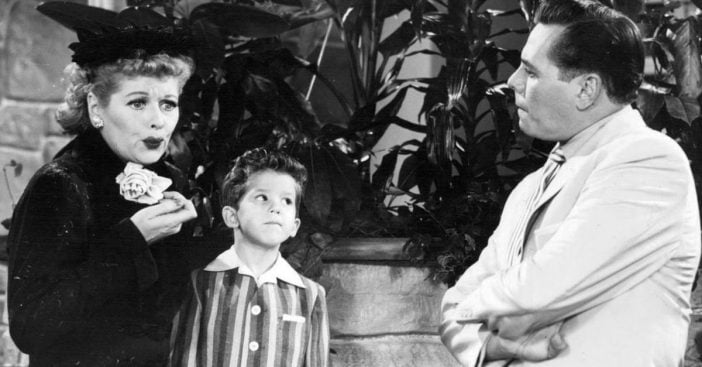 Today, October 15th is now officially known as I Love Lucy day! The day where we get to celebrate our beloved Lucille Ball and all the work she’s done for the I Love Lucy series. In celebration of this day, we have a fun fact/story about Lucille’s time on set during I Love Lucy that you may not have known before! It’s pretty interesting.

Before getting into it, it’s important to note that the original release of the series was from 1951 to 1957. This means that back then, times were a lot different and things that are ‘OK’ today, may not have been back then.

An ‘I Love Lucy’ Day Story

So, back in the day, no one was allowed to say the ‘P’ word. Can you guess what ‘P’ word we’re talking about? Pregnant! When Lucy would announce that she was pregnant with Little Ricky, it was deemed much too vulgar of a word to say. She had to say she was “expecting” instead. And that’s not all.

To ensure these standards were met, priests, pastors, and rabbis were present on set during the filming of all the scenes with Lucy’s pregnancy. The title of the episode was even “Lucy Is Enceinte,” which uses the French portrayal of the word instead of just outright saying it. The actual CBS network was the one who deems the word “pregnant” too controversial for airing.

Lucille Ball paves the way for women in television and more

There are many ways how Lucille singlehandedly changed the game for women in television. Even though she may have not been able to call herself pregnant in the show, she won other battles. One of these many ways includes the fact that she was able to cast her own Cuban husband. Despite the fact that CBS was reluctant to show an interracial marriage on television at the time!

It may all sound so weird now considering the world we live in today, but that’s how things were back then! Lucille played a huge role in changing the game for television in general. We have her to thank for many aspects of television today!

Check out the scene below where Lucy tells her husband in the most creative way that they’re having a baby!

Those Close To Lucille Ball Say She Endured Ruthless Criticism On ‘Life With Lucy’.