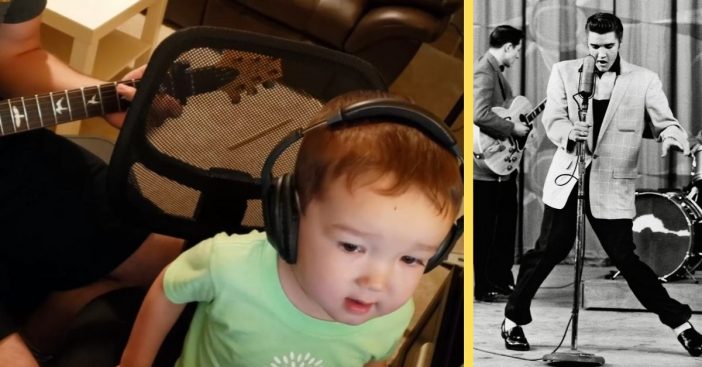 Two-year-old Daniel was barely speaking when his family exposed him to their karaoke nights. The process was a gradual one but had beautiful results. Daniel’s mother sang first, reciting the words to an Elvis classic she was fond of. Very understandable. That already caught Daniel’s attention, enough to drive him to hum the melody he had just learned from mom.

Daniel’s father soon got involved. Noticing Daniel’s fondness for the Elvis classic, dad grabbed his guitar and played some chords to accompany Daniel’s humming. But the musical moment did not end there, because Daniel would not be content with only humming along while dad strummed the guitar. Like any kid with dreams, Daniel was planning for something bigger in his future. All he needed was time, practice, and two supportive parents. Mom and dad proved to be just that. They encouraged Daniel’s musicality every step of the way.

A true Elvis classic can be appreciated by anyone, no matter their age

Anytime Daniel’s dad decided to sing the song’s lyrics aloud, so too would Daniel. A little stage fright is understandable, considering Elvis left some big shoes to fill. Additionally, there is the issue of learning the words to a new song. A melody can be replicated with a bob of the head, tap of the foot, drumming of the fingers. Lyrics take a bit more to master and, until albums started including booklets with the words, came under frequent debate. As a result, though words can be powerful, the instrumentation deserves its own particular shoutout.

No matter its cause, Daniel evidently shrugged aside his hesitation. He still joins dad for an Elvis duet, but now he also is trying for a solo part in this familial band. The video of his big debut is what has people grinning with fondness. A recording of Daniel’s first attempt at singing by himself is circulating and reminding people everywhere how powerful music can be. Even if they never sang the words ever, Daniel and his family proved a good tune can stop the world and draw everyone in the vicinity together. The rhythm carries them away and demands the heart and body to be overcome with joy and liveliness. He’s not here to say for himself, but it is nice to think Elvis Presley himself would approve. After all, this is part of the legacy the King of Rock and Roll left.

Check out the video of this adorable 2-year-old singing this Elvis classic!

Click for next Article
Previous article: Marie Osmond’s Son Was ‘Bullied Very Heavily’ Before His Suicide
Next Post: Hundreds Attend Funeral For Veteran With No Family