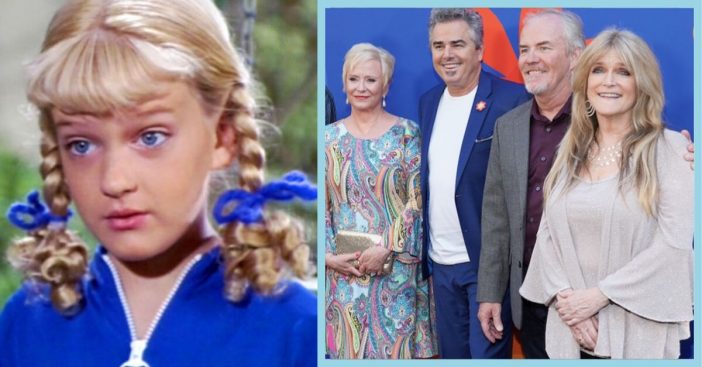 We all know Susan Olsen best from her role as Cindy Brady on The Brady Bunch, a classic American sitcom. She has recently revealed that she actually hated being on the show! The 58-year-old has recently been on the new HGTV show A Very Brady Renovation with the rest of the Brady kids gang.

When asked why she believes the show has remained so popular throughout the years, she says this: “I say in order to have immortality, you have to have a soul and the soul is love. And I think that the love that was shown on the show, it was genuine between all of us cast members and I think people pick up on that.”

Olsen might feel this way now but at the time of being on the show? She definitely did not feel that way. She opens up about why she hated being on the show. “I never thought I would say this because when I was younger I was very rebellious and I really hated the fact that I was in such a wholesome show with American values and family values. But guess what – now I’m so proud of that,” she reveals.

Additionally, Olsen now says that she truly appreciates that people see the Brady Bunch family as a household they aspire to have. The actress says that the show helped Olsen come into her own as a young woman.

The show helps her grow into herself

Olsen says that, in general, being an actress helped her to grow. However, she does say that she doesn’t think the show helped her to grow as much as the show helped others watching the show to grow. She continues, “People would ask me, ‘Don’t you wish that ‘The Brady Bunch’ was your real family?’ And I’m like no – because my family is just as good and they’re a little bit funnier, a little weirder, but I know so many people that literally say that the show saved their lives.”

The radio host now says she never actually wanted to become an actress. Rather, she used it as a means of helping her to focus on other avenues where she was actually interested.

The more you know! Did you also know that ‘Brady Bunch’s Eve Plumb is actually a super talented painter now?