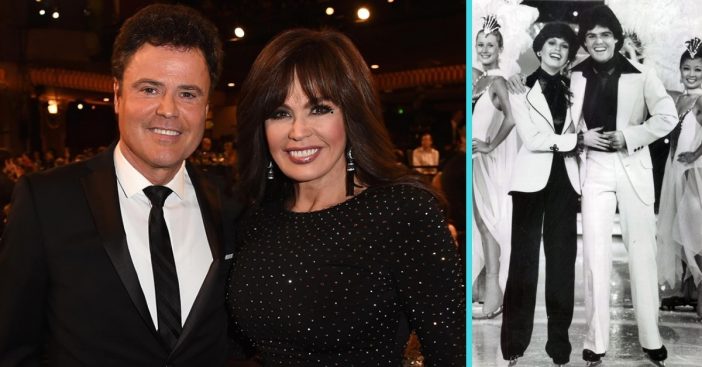 We recently reported that Donny and Marie Osmond officially announced the end of their Las Vegas residency. The show has been successful for the past 11 years, and it shows no signs of slowing down. So, why are they ending their show and what are their next plans?

Donny and Marie have been performing together since they were little. Donny made his debut at age five and Marie made hers at age three. Both of them performed for the first time on The Andy Williams Show. Then, they had their own variety show together in the ’70s.

Donny and Marie Osmond have been performing together for decades

Fans still love the brother-sister duo and their show in Vegas was voted number one show for three years in a row. They performed at the Flamingo Las Vegas Hotel and Casino. However, after 11 years, the show will officially end this November.

According to CBS, correspondent Lee Cowan asked Donny and Marie, “Why end it after 11 years? You’re still selling out. It’s still a destination show. It’s still getting awards. Why end it?”

Donny responded, “You know, there’s an unwritten rule in show business and that is, you have to know when to stop. And unless you stop, you can’t progress.” Marie chimed in, “I just think we’re at a place where we still have a lot of things we want to do.”

Now they are branching out to do more solo projects

It seems many of those things they want to do are separate from their sibling. While Donny went off on his own recently to star in the new show The Masked Singer (he ended up being the Peacock), Marie has already announced that she will join the talk show The Talk soon.

As for Donny, he said he will be focusing on a new solo album of all original songs. Donny has been spending a lot of time at his home in Utah, writing songs for the new album.

They have kept a wholesome image for their entire career

Lee Cowan also asked the siblings how they have kept their wholesome image for decades. They are famous for their Mormon faith, but that doesn’t always last in show business. Lee asked if they thought that “squeaky clean image” ever got in the way of their success?

Marie admitted when they were down on money after the variety show got canceled that she got a call from Playboy for $5 million. She said, “I could have used [the money]. I wouldn’t wanna see my mom like that. And I really wanted to be a mom.”

It is so nice to see celebrities with a wholesome career go far! We can’t wait to see Marie on The Talk and listen to Donny’s new album.

Learn more about why they are ending their Las Vegas residency!

Click for next Article
Previous article: Eva Longoria Recalls Being Bullied On The Set Of ‘Desperate Housewives’: “It Was Pure Torture”
Next Post: Jase Robertson Of ‘Duck Dynasty’ Didn’t Have His First Drink Until He Was 30 Years Old