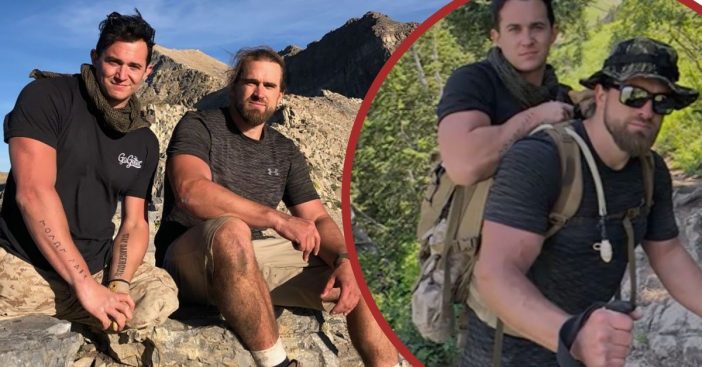 Marine Staff Sgt. Jonathon Blank lost his legs while in Afghanistan. This occurs when an improvised explosive device detonated next to him in October 2010. Several years later, he doesn’t keep this from letting him live the best life he possibly can. He retires from the Marines in 2014 and still enjoys activities such as hunting, sailing, and skiing.

Recently, Blank chose to hike to the top of Mount Timpanogos. His marine buddy, John Nelson, carries Blank on his back. It took more than 14 miles to make it up the mountain with an elevation change of about 4,500 feet.

Other hikers in the area notice the two and are impressed by their dedication, not only to the hike but to each other. One of the hikers, Nate Larid, speaks to news outlets about witnessing the two. “When you see that, you see that determination for them to do what they do, and you want to do that for you and your families,” he says.

“Most people quit when pain is involved. And it means more because I’m injured,” Blank says. “We were so determined… We didn’t get into special operations being quitters.”

Because the two were Marines, they became used to carrying rucks weighing 80 pounds. However, Nelson was carrying Blank in addition to water and supplies, which equates to about 145 lbs. Blank says that he, Nelson, and the rest of the platoon members are still like “brothers” and constantly get back together for more adventures.

Blank’s buddy, Nelson, has been taking the world by storm since retiring. He has been traveling all across the U.S. visiting both friends and National Parks! However, this day that they hiked up the mountain together was most important for them.

They have future plans for more hiking and mountain climbing together

Nelson and Blank are already planning to climb Mount Whitney to mark Veterans Day on November 11th this year. For that specific expedition, they plan to have other platoon members join them! It’s clear that no matter the injury, Blank does not intend to live a less than dynamic life.

“I had wanted to be an elite commando since I was a little kid, and all that got taken away with my injury,” Blank says. “I just want to uphold that reconnaissance community.”

Learn more about Blank’s life before and after the IED blast that cost him his legs:

A 99-year-old WWII veteran just got his college diploma! Read more about his story here.