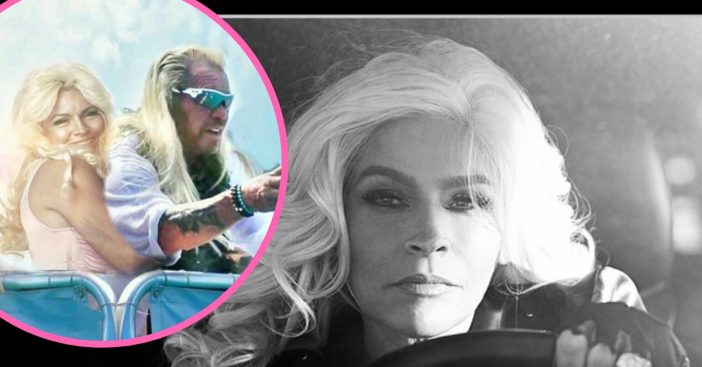 Sadly, Beth Chapman passed away last month after battling throat cancer. She was the wife of Duane “Dog” Chapman and starred on the show Dog The Bounty Hunter. Her funeral is being held today, July 13, 2019, in Colorado. Duane has announced that the funeral will be open to the public and it will be available to watch live online.

This truly means a lot to her fans. Duane announced the details of her funeral services on social media, hoping fans would come and pay their respects. His first post read, “Love you all and thank you very much for the support you have been giving for Beth. We have tentatively scheduled July 13 in Denver to tuck her in, tell her goodnight, for she sleepeth. More details will follow… time, place, etc.”

He then shared the details, “Heritage Christian Center, 14401 E. Exposition Avenue, Aurora, Colorado 80012 – Doors open at 1:00 Service starts at 2:00.” The funeral services will be live streamed on WGNAmerica.com, the network that produced Dog The Bounty Hunter and will be available on Dog’s Most Wanted Facebook page. Dog’s Most Wanted was the show the couple was currently working on.

Duane also shared a beautiful yet heartbreaking photo with his announcement. It shows Duane tossing flowers as Beth hugs him. The photo of Beth was edited to add pink angel wings and she looks as gorgeous as ever. The photo reads “Goodbye (for now).” How sweet is that?

Duane and Beth had two homes, one in Colorado and one in Hawaii. The funeral services will be held in both states because this was Beth’s request. The Hawaii funeral was held two weeks ago in Honolulu. According to USA Today, for instance, “attendees were asked to bring ‘ocean-friendly loose flowers’ rather than traditional leis, because ‘the strings can be harmful to ocean life.’ Beth’s loved ones also paddled out into the water as part of another Hawaiian funeral tradition.”

In addition, Andrew Brettler, their family lawyer released a statement. He said, “‘Oe means ‘you’ in Hawaiian. It is customary to say ‘Aloha ‘oe’, especially when saying farewell. There is a song by the same name which Hawaiians often sing at the end of a party, funerals, or when people are leaving the islands.”

In conclusion, we are still so sad to hear of Beth’s passing here at DYR.