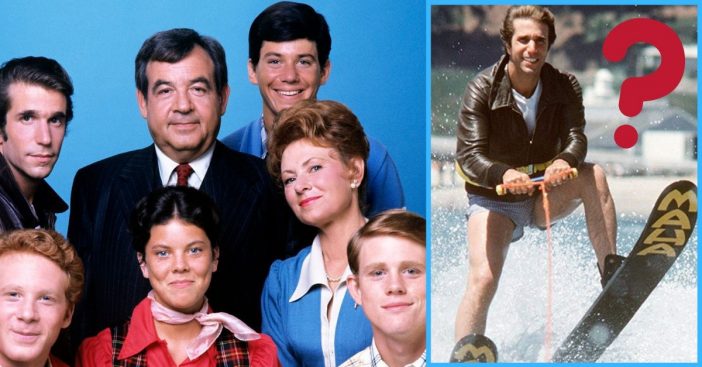 Have you ever heard of the expression “jumping the shark?” If you have, it’s because the ’70s sitcom Happy Days pretty much gave us that term. Based off of an actual episode, the phrase really came up when Happy Days itself “jumped the shark.”

According to Wikipedia, the phrase is “the moment when something that was once popular that no longer warrants the attention it previously received makes an attempt at publicity, which only serves to highlight its irrelevance. This is especially applicable to television series or other entertainment outlets.”

Where “jumping the shark” really came from

In one of the episodes from season 5, Fonzie (played by Henry Winkler) literally jumps a shark while on water skis. So, based on the definition from Wikipedia, that’s usually the turning point when a show starts to decline. However, Winkler has discussed that term in an interview and says that after that episode, the show was still allegedly #1 for 6 more years.

Another phrase similar to jumping the shark would become just as popular. It’s called “nuke the fridge” which was from the Indiana Jones series. In Indiana Jones and the Kingdom of the Crystal Skull, the hero climbs into a fridge and survives an atomic blast. This means “the moment in a film series that is so incredible that it lessens the excitement of subsequent scenes that rely on more understated action or suspense,” according to Wikipedia.

Of course, the show couldn’t stay in the #1 spot forever and eventually came to an end in 1984. Fans will still believe that Fonzie jumping the shark in that episode was the turning point for the show’s downhill tread. The series found great success as is, with Fonzie becoming the most merchandised character from the show.

The show also had a ton of spinoffs made after its end. These include the shows Laverne & Shirley and Mork & Mindy. Happy Days remains one of those shows that leaves an everlasting legacy on the history of television. Not just for coining the phrase “jumping the shark,” but for being an incredible ’70s American sitcom we all know and love today.

Do you remember the episode where Fonzie jumped the shark? Take a look at the scene below!

Speaking of Happy Days, Henry Winkler recently opens up about his 30-year absence from starring roles on television. Can you guess what he was up to?