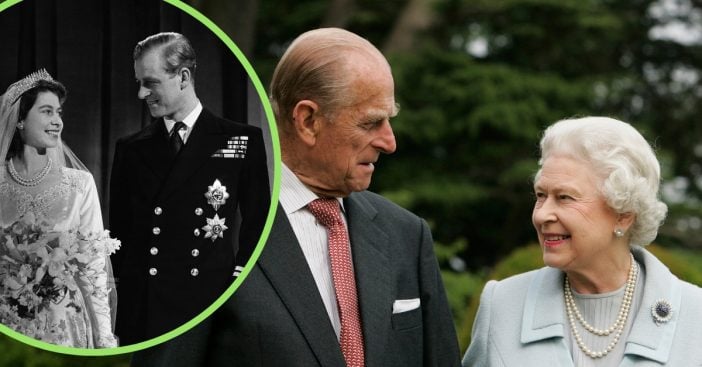 Prince Philip and Queen Elizabeth have been married for over 70 years now! That is quite the accomplishment. They rarely discuss their marriage and don’t really show signs of affection to the public, which is fairly normal for royals. However, we have learned Prince Philip’s strange nickname for his wife.

He reportedly calls her “cabbage!” In the movie, The Queen, Prince Philip calls his wife Queen Elizabeth “cabbage.” But, was that just made up for the film? The film’s screenwriter said that they have very good authority that this nickname is indeed true. If it is true, learn why he calls her such a seemingly bizarre nickname.

Learn why he reportedly calls her “Cabbage”

According to AOL, “I inquired in royal circles and was told on very good authority that that is what the duke sometimes calls the Queen,” said the film’s screenwriter Peter Morgan tells The Times. The queen’s biographer, Robert Lacey, confirmed as well.

So, why cabbage? Reportedly it comes from the French saying “mon petit chou,” which translates to “my little cabbage.” The French use this phrase as a way to say “my darling.” It does sound kind of cute, especially knowing that it comes from a French saying!

What other nicknames does Queen Elizabeth have? Prince George calls her “Gan-Gan” and her family often calls her “Lilibet.” This was because when she was young she couldn’t pronounce her own name, Elizabeth. It sounded like “Lilibet” and the nickname just stuck. How sweet after all these years, her family still calls her this nickname.

Prince Philip recently celebrated his 98th birthday! Check out more photos of the royal couple over the years!

Previous article: Watch Stepdad Receive A Special Father’s Day Gift Of Notes His Stepdaughter Always Kept
Next Post: Take A Look At This Gorgeous Volkswagen Bug Made Out Of 2 Million Glass Beads