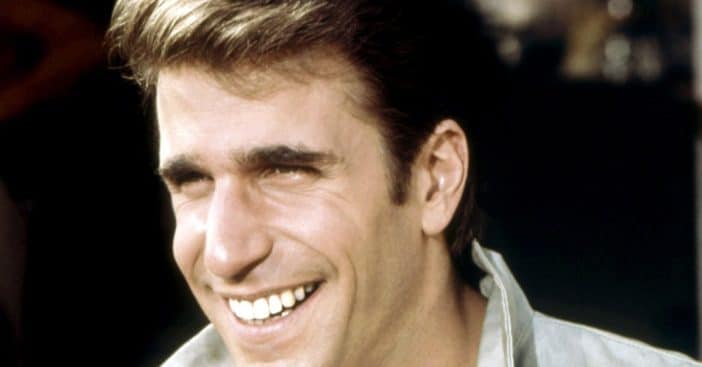 During his time on Happy Days, Henry Winkler once did a magazine feature called “The Fonz at Home.” The article, including photos, shared details of Henry and his favorite hobbies. Turns out, it was mostly baloney! The article featured photos of Henry making pottery, doing chores, and cooking his favorite recipes.

Henry recently admitted that most of it was a lie. He didn’t actually make ceramics or cook! On Jimmy Kimmel’s late-night show, Henry revealed, “Yes, OK, so this was a lie. This is my very first photoshoot with ABC. They said, ‘You gotta do something. You gotta be active.’ So, they put me in front of a (pottery) wheel. … I have never touched clay in my life. But didn’t I look good?”

Henry Winkler revealed that one ‘Happy Days’ photoshoot was a lie

The article also included his favorite recipes including pot roasts, potato pancakes, and chocolate mousse. Henry said those are some of his favorite foods but he doesn’t know how to make them! Even so, there was one of Henry’s real-life hobbies that made it on Happy Days.

Henry loved to water ski in real life and creator Garry Marshall worked it into one episode that became quite famous. Do you remember the episode where Fonzie goes waterskiing, leather jacket and all, and jumps over a shark? It sparked the term “jump the shark” to note when a TV series declines in quality. It became one of the most iconic scenes in Happy Days and one that many fans remember. What’s your favorite Happy Days episode?