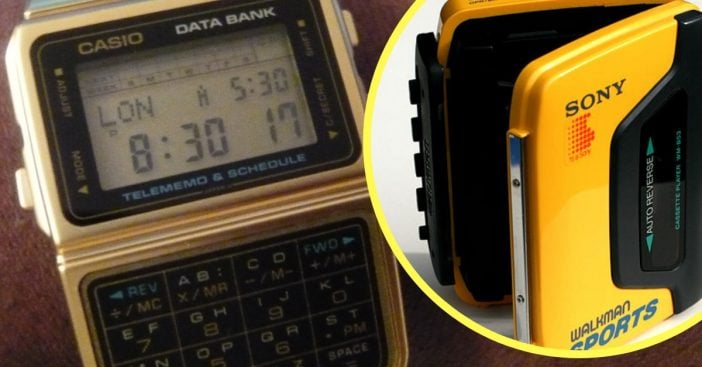 There were a lot of new gadgets that gained popularity in the ’80s. While they were nowhere near the technology we have today, some of it was actually pretty advanced! Most of these gadgets made way for the awesome stuff we can use today.

Here is a list of some of the best ’80s gadgets that you may have forgotten about. Let’s get nostalgic and reminisce about this list. Check off how many of these items you owned… perhaps you still do!

If you’re a gamer, you might remember the ZX Spectrum for playing video games. They aimed to compete with the Nintendo and Sega but add something unique. It was a special keyboard for your computer that had different functions to play games with or learn computer programming.

Did you or your kids have a Speak and Spell? It held different games aimed to help children improve their vocabulary and spelling. It was actually one of the world’s first handheld PCs!

Before we had smartphones and iPods, there was the Walkman! It was a portable cassette player and was one of the first ways that people could listen to the music they chose on the go. It came with portable headphones and you could also listen to the radio.

The Game Boy was released in the late ’80s and continued to be popular well into the 2000s. Kids could play games on the go and Nintendo went on to release many different versions of the popular device. Did you use to have one?

This was the first flip phone and it cost $3,000! TAC stood for Total Area Coverage because it got great service for the time. Many handsets looked like this for years to come. If you couldn’t afford this cell phone, you likely had a chunky “brick phone.”