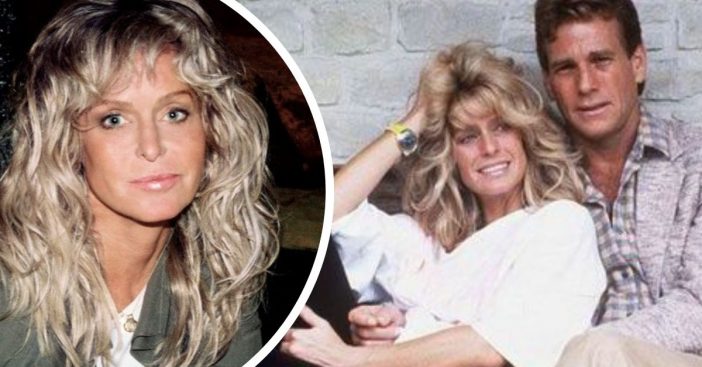 It has now been 10 years since blonde bombshell Farrah Fawcett passed away, but a new special will be re-opening a part of her life and looking at her romance with Ryan O’Neal. In the special titled This is Farrah Fawcett, they also looked into the “spur of the moment” red bathing suit photo shoot, which is the biggest-selling poster of all time to this day.

Fawcett passed away in 2009 at age 62 following a battle with cancer, but she will never be forgotten. “We were very, very close,” says Jaclyn Smith, a Charlie’s Angels co-star, “That’s one thing people probably don’t know about her.”

In terms of Fawcett’s relationship to Ryan O’Neal, the special, as previously mentioned, takes a look into their spontaneous romance in which Fawcett calls him the “love of her life.”

Nancy Collins says, “You saw them together, they looked hot as a fritter…. You could feel the steam coming off of them.” Fawcett also says herself, “It was magical,” in old footage about her relationship to O’Neal. Even throughout Fawcett’s illness that would eventually take her life, O’Neal remained by her side through every minute.

In terms of Fawcett’s illness, O’Neal could be found in old footage after her initial diagnosis saying, “I panicked. I just knew one thing: That Farrah Fawcett was hard to kill.” Co-star Jaclyn Smith also reiterates how brave Fawcett was until the end.

“I know that everyone will die eventually, but I want to stay alive. I say to God, ‘It is seriously time for a miracle,’” Fawcett says in old footage filmed just before her death.

The special also features Barbara Walters, who had a number of interviews with O’Neal and Fawcett.

This is Farrah Fawcett is slated to air Thursday, May 23rd at 8p.m. ET on ABC.

Take a look at this interview with Ryan O’Neal and Farrah Fawcett from 1991 below: