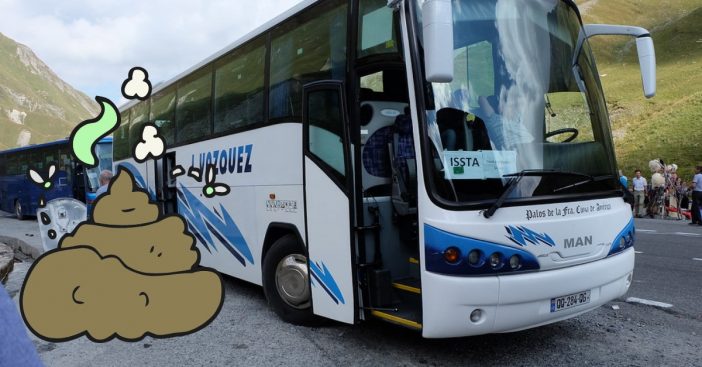 If you love reading stories about criminals who get what they deserve, keep reading. This might just prove that karma is real. There was a report in Laverton, a city in Australia about some thieves that were trying to siphon gas from a tour bus as a way to steal the gas.

Siphoning gas is a crime that has been around for ages. However, these criminals got a disgusting shock when they realized they had hooked up to the sewage pipe instead. Perhaps because it was in the middle of the night when they tried to commit this crime, that they mixed up the pipes.

Learn what the local police said about the incident

Hey all. Only in LA. We are looking into this one and following our nose for some leads. Hoping to crack the case. pic.twitter.com/jbaUBsI10Z

The Laverton Police tweeted about the incident, saying “Hey all. Only in LA. We are looking into this one and following our nose for some leads. Hoping to crack the case.”

As per reports, Laverton Police Sen. Sgt Heath Soutar told The West Australian, “We can infer they [made] a very hasty retreat, with a somewhat bitter taste in their mouth.”

Another city’s Police Department tweeted back saying, “Would we be right to think some Random Breath Tests may help solve the crime?” Oh my gosh… that is hilarious! I would hope the criminals brushed their teeth after though.

Hopefully, this incident will make these thieves think twice before they ever try to commit another crime again, especially siphoning gas! This story sounds so gross, but at least they got what they deserved for trying to steal gas from a tour bus.

What do you think about this story? Do you think the thieves got what they deserved or is this too disgusting? If you found this article interesting, please SHARE with your friends and family who might get a kick out of this story!

WATCH the video below to learn more about this hilarious, but disgusting crime: