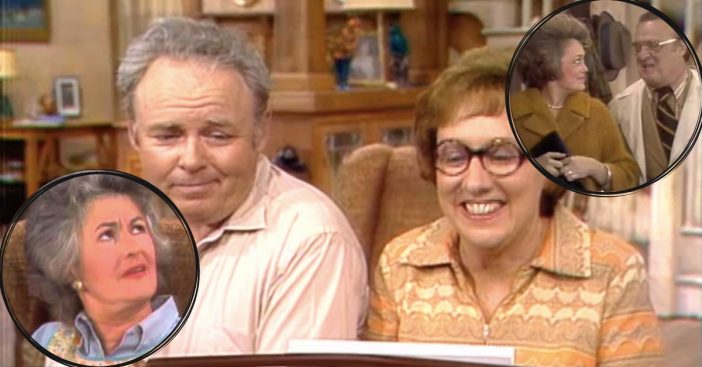 All in the Family was an American sitcom that premiered from January 12, 1971 to April 8, 1979. The show tackled heavy topics such as racism, rape, and homophobia, just to name a few. Although it wasn’t the only show to do this, it certainly had an influence and what television would eventually turn into today.

We remember some classic episodes from this timeless show and the Bunker family as a whole. Here are just a few of those that you might remember!

TV shows back then weren’t that openly political. We all know that Archie Bunker was famously conservative, but this would evidently cause him to butt heads with any who was liberal, such as cousin Maude (who got a spin-off series about her called Maude). Since politics weren’t big on entertainment TV shows back then, it was rather exciting for viewers to watch the two bicker back and forth!

In this episode, Archie’s eyes begin wandering when a young trophy wife of an old friend stays at their place. This makes Edith rather suspicious that there’s something more going on and the situation tests her usual chipperness and genuine hospitality.

Edith is going through menopause in this episode, another taboo thing that no one really talked about back then (or rather, tried their best to keep them from being talked about). The change in her body is giving her hot flashes and mood swings that cause her to let out her frustrations at Archie ruthlessly. One hilarious line Archie gives her is, “If you’re gonna have the change of life, you gotta do it right now! I’m gonna give you just 30 seconds. Now, come on, change!”