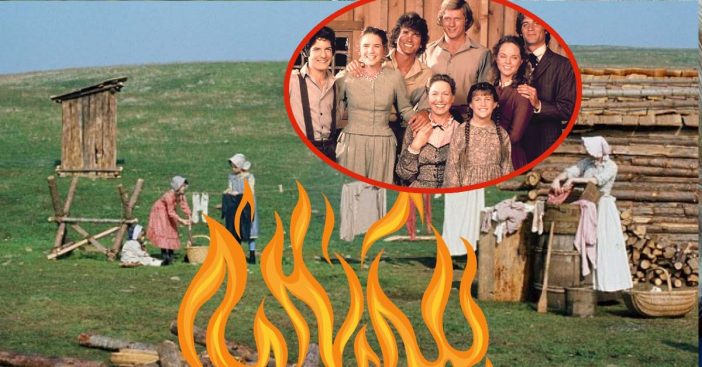 A film set that was reportedly used for the popular television series Little House on the Prairie burned down. A lightning strike started the fire in Los Angeles that destroyed the old set. Firefighters came on the scene but the rain eventually put out the fire.

Most of the show Little House on the Prairie was filmed at the Big Sky Movie Ranch in the L.A. hills. This area is just north of Simi Valley. It seems like it has been deserted for a long time, but it is sad to see such an iconic set gone forever.

What did the Fire Department say?

According to a tweet from The Ventura County Fire Department they said, “The grasses are starting to cure and will soon be receptive to fire.”

Little House on the Prairie was based on the books by Laura Ingalls Wilder. The show was on air for nine seasons and stayed close to many people’s hearts. The show focused on the Ingalls family, Laura Ingalls in particular, in the 1870s and 1870s. It aired in the 1970s and 1980s.

In the show, it was set in Minnesota, but we now learned that most of it was filmed in California. The main characters, according to Wikipedia, are Charles Ingalls (farmer and mill worker), his wife Caroline, and their three daughters, Mary, Laura, and Carrie, though the family expands with the birth of daughter Grace and adoption of son Albert in season five, as well as the adoption of birth siblings Cassandra and James at the end of season seven (a son, Charles “Freddy” Jr., was also born, but died as an infant).

Eventually, you see Mary and Laura get married, and Laura becomes her namesake in the books, Laura Ingalls Wilder.

What do you think of the sad news that a set from Little House on the Prairie burned down? Luckily there were no reports that anyone was hurt, but it is still sad news for fans of the show.

If you’re interested in re-watching the entire series, you can buy the DVD box set on Amazon here. This set comes shaped in a little house that looks just like theirs! If you’d prefer to re-read all of the books, click here to buy the book set on Amazon.

Please SHARE this news with your friends and family who loved Little House on the Prairie!

Watch the first episode of Little House on the Prairie below for FREE: