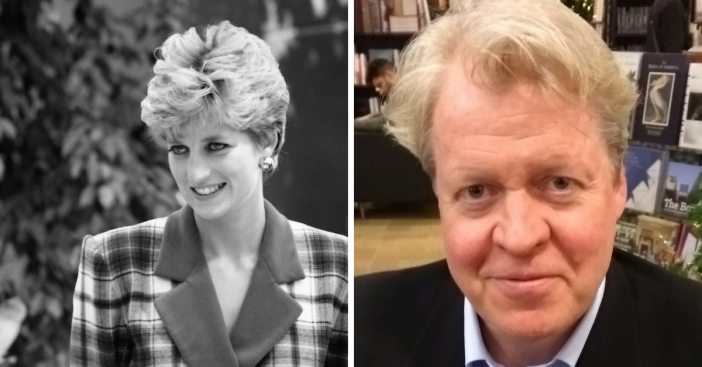 Lord Charles Spencer, Princess Diana’s brother, sat down with Oprah in 2015 to discuss his eulogy and the impact the paparazzi had on his late sister.

The eulogy set the tone for how the boys were treated by the media (specifically the paparazzi) after her death. The public wouldn’t have allowed the boys to suffer in the same way their mother did.

Charles recalls Diana telling him about one of the worst paparazzi experiences: A London paparazzo said that he would be filming her every day until she was dead and then he would film her grave.

Obviously, he didn’t know that she would die so young, but he saw her as a cash crop and saw her as a victim. Diana was always a powerful woman, so being seen as a commodity for someone else was never something she wanted.

Prince William and Prince Harry have been very well protected and Charles says it had nothing to do with his eulogy. It has everything to do with the public, Charles explains, because they would not let the same thing happen to the young princes.

Here is part of Charles’ eulogy, as reported by Town & Country Magazine:

She would want us today to pledge ourselves to protecting her beloved boys William and Harry from a similar fate and I do this here Diana on your behalf. We will not allow them to suffer the anguish that used regularly to drive you to tearful despair. And beyond that, on behalf of your mother and sisters, I pledge that we, your blood family, will do all we can to continue the imaginative and loving way in which you were steering these two exceptional young men so that their souls are not simply immersed by duty and tradition, but can sing openly as you planned.

After Princess Diana passed away in 1997 following a car crash in Paris, many people blamed the paparazzi for causing the accident because they followed her so much.

What do you remember about Princess Diana’s death? If you found this article interesting, please share with a friend!