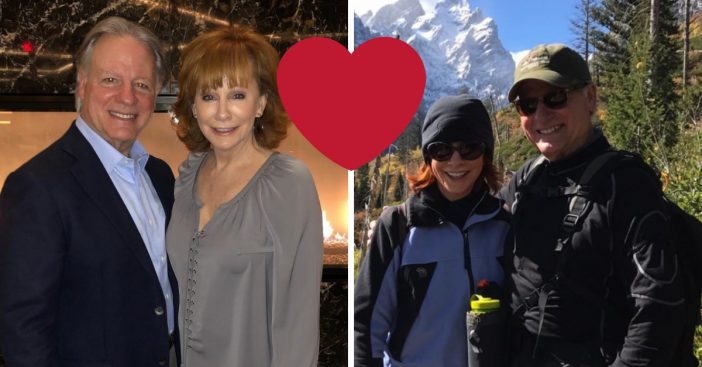 After a painful divorce in 2015, it seems that country superstar Reba McEntire has found love again! Reba says she has finally found her match. Her new love’s name is Anthony “Skeeter” Lasuzzo. He is a retired oil geologist and is not a famous celebrity. However, it seems that he handles her fame in strides. The two appear very happy together.

Reba’s new album Stronger Than the Truth reveals songs she wrote after her divorce. We are glad that she has moved on and is feeling happy again! Reba said she was not looking for love after dealing with her unwanted divorce from Narvel Blackstock, her former manager. The two had been married for 26 years before announcing their separation.

Learn how Reba met the new love of her life

After dealing with a painful breakup, Reba began to heal. She met Skeeter in August 2017 in Wyoming. She was on vacation with friends and met Skeeter when he taught her the best locations for animal sightings. He is also a wildlife photographer and a widower.

Reba said they had the best time together. When she returned to Wyoming a few months later, he asked her out and they spent a week together, hanging out every day! Even though they really liked each other, Reba wanted to take it slow at first and become friends.

They have been together for two years

Now, Reba says that she is truly in love and they have been together for two years. Now they rotate between spending time in Reba’s Nashville home, in Jackson Hole where they met, and Skeeter’s home in Texas. The couple reportedly loves to spend time in nature, walking and talking. It also seems like Skeeter gets along well with Reba’s family, which is probably very important to her.

They also love to travel. Reba and Skeeter have been to Iceland, South Africa, and Italy together so far. They plan to go on more trips together. It is very important in a relationship to travel well together! Skeeter also travels with Reba when she has appearances like award shows. Reba says they love to match colors in their red carpet outfits. So cute!

What do you think about Reba and her boyfriend Skeeter? We are so happy that she has found love and happiness again! If you enjoyed this article, please SHARE with a fellow Reba fan!

Check out the video below of Reba introducing Skeeter as her boyfriend on a red carpet:

Previous article: 9 Stunning Photos Of Doris Day Through The Years Prove She Hasn’t Changed At All
Next Post: One Woman Who Survived The Titanic Refused To Go Near Water Again