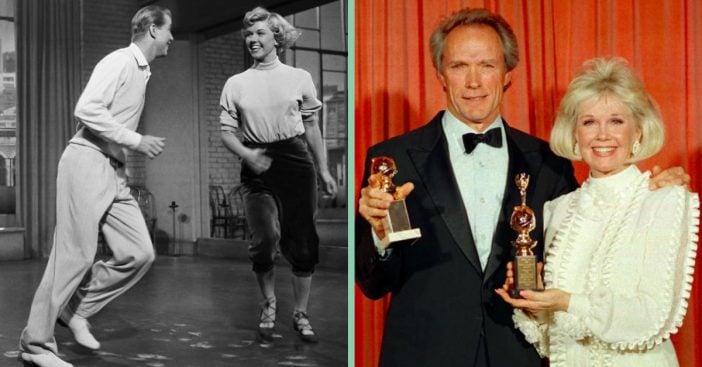 These photos of Doris Day proves she is one of the most world-renowned actresses of her time, and continued to be one of the biggest names around until her passing at 97 years old. (April 3, 1922 – May 13, 2019) Getting a start in her early career back in 1938, she has truly proven herself throughout the years. Her early film career took off in 1948 and she was a box-office success by the late 1950s.

Check out these stunning photos of Doris Day throughout the years. They truly prove that she has not changed at all and still has that absolutely beautiful smile!

One of Doris’ earlier photos from May 1949. The photo was actually taken at the Los Angeles County Superior court after obtaining a divorce from musician George Weidler.

She still looks classy as ever despite the circumstance! Even talents like Doris Day have to take music lessons! Remember that, everyone needs help and a little effort to make their dreams come true!

This photo taken in April of 1950 is from one of Doris’ earliest films Tea for Two. In this photo, she’s rehearsing for the shoot with actor Gene Nelson. They look like they’re having a lot of fun!

Doris around June 1955, flashing her gorgeous pearly whites! We can’t get over those freckles.

Ms. Day and her producer husband Marty Melcher arriving for the annual Academy Award Oscar presentations. Doris was a nominee for “Best Actress” that year for her role in the film Pillow Talk.

A beautiful photo of Doris in 1965. Not much has changed from the previous photo; still looking great!

This photo of Doris taken in 1976 was during an interview on her new book “Doris Day – Her Own Story”, written by A.E. Hotchner.

This photo of Doris taken in 1989 was for the 46th annual Golden Globe Awards, standing alongside Clint Eastwood. On this night, Doris was honored with the Cecil B. DeMille Award for her contributions to the film industry.

While there are very limited photos showing Doris throughout the ’90s and early 2000s, we can definitely say that Doris looked pretty much the same as her earlier self! Same hair, same smile, same beautiful personality! Not much has changed for the former actress.

Doris passed away in May of 2019, but we will never forget her for so much she has given the world, in entertainment and beyond. Thanks Doris!

Check out Doris Day’s performance of “The Way We Were” from her second TV Special, “Doris Day Today” (1975). Enjoy 🙂

Click for next Article
Previous article: Duane Chapman Says Wife Wants To Live Out Her Last Days ‘On The Hunt’
Next Post: How Reba McEntire Finally Found Her Love Match