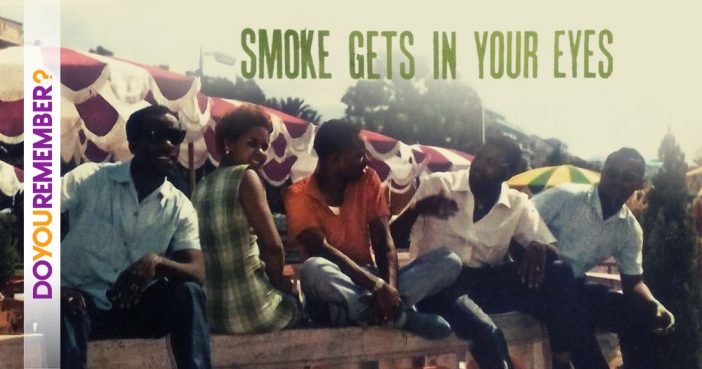 Before this song was gorgeously sung by The Platters, it was first on Broadway! “Smoke Gets in Your Eyes” is a show tune written by American composer Jerome Kern and lyricist Otto Harbach for their 1933 musical Roberta. The song was sung in the original Broadway show by Tamara Drasin. Its first recorded performance was by Gertrude Niesen, who recorded the song with orchestral direction from Ray Sinatra, Frank Sinatra’s second cousin, on October 13, 1933.

Niesen’s recording of the song was released by Victor on the b-side, along with, “Jealousy”, featuring Isham Jones and his Orchestra. Paul Whiteman had the first hit recording of the song on the record charts in 1934. The song was later reprised by Irene Dunne, who performed it in the original 1935 film adaptation of the musical, co-starring Fred Astaire, Ginger Rogers and Randolph Scott. The song was also included in the 1952 remake of Roberta, Lovely to Look At, in which it was performed by Kathryn Grayson. It is perhaps best known today from its chart-topping 1958 hit recording by The Platters. What a song!

Lyrics for The Platters’ “Smoke Gets In Your Eyes”

They asked me how I knew

My true love was true

I of course replied

Something here inside cannot be denied

They said “someday you’ll find all who love are blind”

When your heart’s on fire,

You must realize, smoke gets in your eyes

So I chaffed them and I gaily laughed

To think they could doubt my love

Yet today my love has flown away,

So I smile and say

When a lovely flame dies, smoke gets in your eyes

Smoke gets in your eyes

If you love music, check out these 50 Greatest Songs For A Great Road Trip!