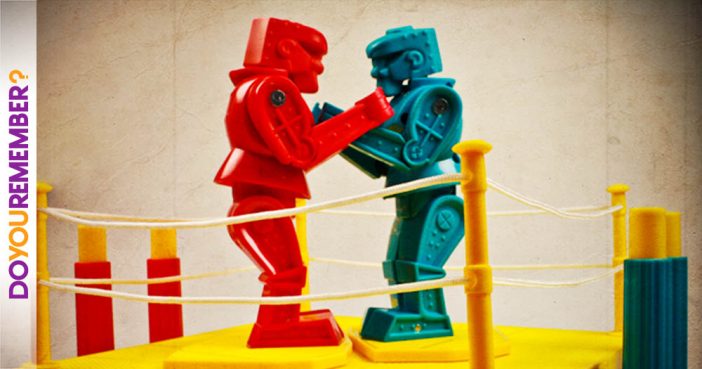 If you grew up before video games, Rock ‘Em Sock ‘Em Robots were the closest thing to virtual reality you had as a kid. As you took the command of your ‘bot, your goal was simple: knock the other guy’s head off before he tried to do the same to you. Couldn’t be easier.

The game was pretty analog by today’s standards, but back then there was no greater thrill than shouting, “I knocked your block off!”

Damn you Rock ‘em Sock ‘em Robots! Can’t we all just get along? pic.twitter.com/uR6azWcMFq

Previous article: DYR Today, August 25
Next Post: The Platters: ‘Smoke Gets In Your Eyes’