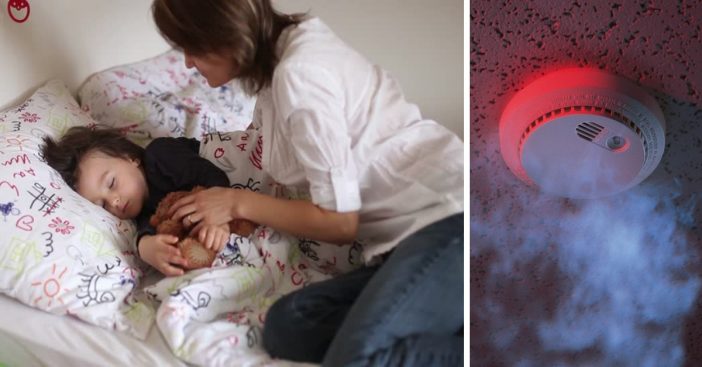 If you’re more likely to sleep through an alarm, but wake up the instant your hear your mother’s voice, you’re not alone and there’s a scientific reason behind that. Studies have shown that kids are far more likely to wake up to an alarm of their mother’s voice rather than a typical-tone alarm system. These findings could change the game for alarm systems on the market, and potentially save lives.

The study was published in The Journal of Pediatrics, following 176 kids ages 5-12. The study found that children in this age group were three times more likely to wake up to an alarm that used their mother’s voice versus a traditional smoke alarm. 86-91% of children woke to their mom’s voice, 84-86% of them actually escaped the room. Only 53% awakened to a traditional alarm.

The study also included some truly beautiful results. It took children 156 seconds to wake up for the tone alarm and two seconds for the mother’s voice alarm. Only two seconds.

Study author Gary Smith, director of the Center for Injury Research and Policy at Nationwide Children’s Hospital, was happy that this study was able to prove the impact of voice alarms rather than the typical alarm. “Clearly, under residential conditions, we were able to demonstrate that these voice alarms are much more effective than the typical high-pitch alarm.”

Smith elaborated a bit, saying that traditional alarms should not be out of the question, and should always be used to keep families safe in case of emergency.

“Just having one of the current alarms in your home provides a huge survival advantage, and we absolutely do not want to give the message that the current alarms are not working… What we’re trying to do is to focus on that 5- to 12-year age group that does not always respond to the high pitch alarm — that will just sleep right through it.”

Unfortunately, there isn’t a voice alarm on the market that can feature the mother’s voice just yet. Researchers are testing out different ideas to see whether a generic female or male voice would work just as well. So far, with study results that are framing 156 seconds versus 2 seconds wake-up time, it’s apparent that a product like this should be hitting the market quite soon.

Be sure to SHARE this article if you’d invest in a mother’s voice alarm for your little ones! Check out a brief news report about the results from this study below.