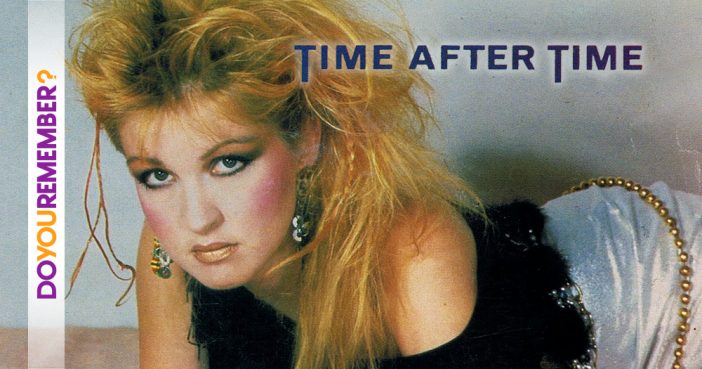 80’s Hit “Time After Time” from the breakout debut album “She’s So Unusual”, was written by Cyndi Lauper with Rob Hyman, who also sang backup. Hyman was in a Philadelphia band with Eric Bazilian and Rick Chertoff. When Rick took a job as a staff producer at Columbia Records, he kept in touch with Rob and Eric, who formed The Hooters. Chertoff was assigned to produce Lauper, a then-unknown artist. Lauper’s band, Blue Angel, had broken up, so she needed musicians. Rick suggested Rob and Eric, then brought her to see The Hooters at a club called The Bottom Line. Says Rob:

“It was the first time we met her. We talked and right from the jump she was so unusual. She was definitely different and striking and creative. One thing led to another – she saw our band, we got a chance to hear one of her demos. She came down to Philadelphia and was staying with a friend. She worked with us in our rehearsal studio and did a bunch of demos, so it was really a tryout period – we also tried out some drummers and bass players, but it ended up being Eric and myself doing most of the guitars and keyboards, and Rick producing. We became her band for that album.”

Lying in my bed I hear the clock tick,

And think of you

Caught up in circles confusion –

Sometimes you picture me –

I’m walking too far ahead

You’re calling to me, I can’t hear

If you fall I will catch you – I’ll be waiting

After my picture fades and darkness has

Secrets stolen from deep inside

The drum beats out of time –

Once more but a little more recent…