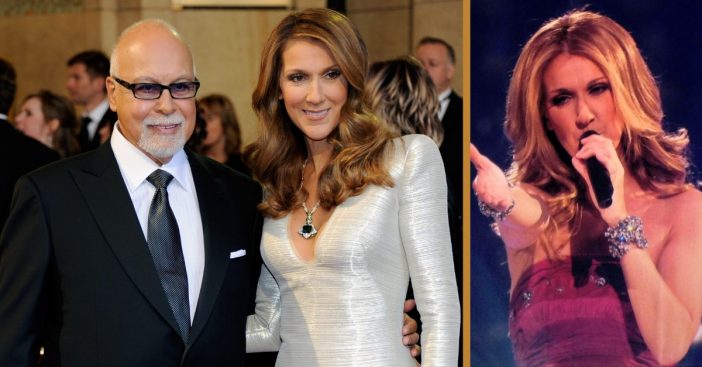 Celine Dion now says that she is feeling “so powerful and in charge and grounded and happy,” just three years after she lost her husband, whom she was married to for twenty years! She now has advice for those who are also overcoming loss, as losing a loved one like your spouse can be extremely difficult to deal with.

René Angélil, Dion’s husband and manager, died in 2016 following a heart attack. Despite this tremendous loss, the singer says that he gave her “strength and power and positivity” before he passed away. She still carries that with her to this day!

Dion says she’s channeling this new-found energy and positivity into being the best mom (and dad) that she can to her children as she now has to play what she calls the “double shift.”

The singer also says that she is now learning to make her own decisions, take on new projects, and re-discover her confidence again. This is a huge step in the right direction for someone who not only lost her husband but also her manager who helped her on her way to stardom.

Dion says if there’s any advice she could give to someone trying to overcome tremendous loss just as she did, she says, “You cannot stop living. Go forward. And today’s the first day of the beginning of my life because I know that, I don’t have to worry.”

Dion also says that one of her secrets to staying healthy and happy is to just have fun. “[I] don’t need to prove myself to the industry, to my family, to my friends, because I think I have done it for many years,” she says, “I do it because my passion has grown through the years. And now I do it because I have so much fun!”

Many people apparently had been commenting that Dion had been getting skinnier, but she quickly laid those rumors to rest, saying, “It’s true that I’m a little thinner. Everything’s fine, nothing’s wrong.” We’re glad to hear that she’s doing so well!

When asked if she’s ready for love again, she had a very simple answer. “I am in love,” she says.

“Love is not necessarily to marry again. When I see a rainbow, when I see a sunset … a beautiful dance number, I laugh, I cry. I’m in love. I go on stage every night because I love what I do,” Dion said. “So I’m very much in love.”

Be sure to SHARE this article with your friends and family if you love Celine Dion and wish her the best!

Check out the interview with Celine Dion below, specifically on her advice for those struggling with loss: