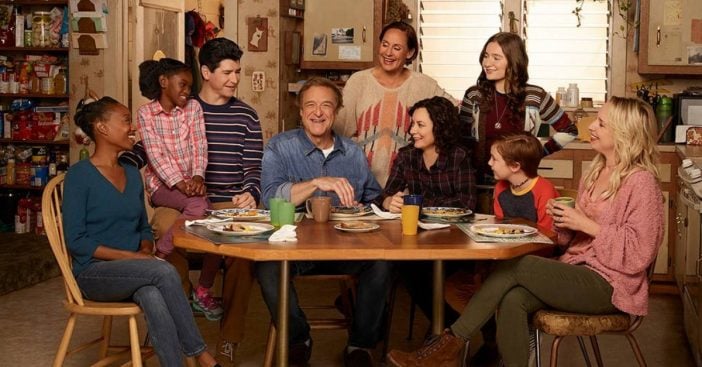 It has officially been announced that ABC will be renewing The Conners for a second season on the air. Karey Burke, president of ABC Entertainment, released a statement on the renewal of the show. “We are proud to be continuing the story of the iconic Conners family. This team is fearless in their willingness to tackle contemporary issues with humor and heart, and I have no doubt they will continue to outdo themselves.”

The Conners was born after nixing the revival of Roseanne off the air. While the revived series was absolutely dominating the ratings at first, after Roseanne Barr tweeted out a racist message about Valerie Jarrett, the show was then canceled and the cast continued on without her.

The first season of The Conners included original Roseanne cast members, John Goodman, Laurie Metcalf, Sara Gilbert, Lecy Goranson, and Michael Fishman. Season one started out pretty rough for The Conners, but they managed to sustain an audience for the rest of the season, according to TV Series Finale.

By the final episode in January 2019, they had a 16.26% increase in audience viewership, making it possible for a second season renewal.

The second season renewal came after some new deals were set in place for the cast members who have already signed onto the new project. Metcalf, Goodman, and Gilbert are all making $375,000 per episode, according to Deadline. ABC has also confirmed a cast list of actors who have signed onto the project so far, which can be viewed below:

According to reports by E! News, there are more stars to be confirmed in the near future, but this is what we have so far!

E! News also reports that by the end of its first season, The Conners was the No. 1 new comedy with 9.5 million viewers in the 18-49 age demographic.

Many of the guest stars from the first season include  Matthew Broderick, Juliette Lewis, Katey Sagal, Mary Steenburgen, Justin Long, Jay R. Ferguson, Sarah Chalke, Estelle Parsons, James Pickens Jr.and Natalie West. It is not confirmed if they’ll be making an appearance in the second season.

The Conners will be back with new episodes in the fall of 2019.

Are you surprised or shocked that The Conners will be making a comeback? Be sure to SHARE this article with your friends and family!

Check out this scene between characters Jackie and Dan from The Conners: