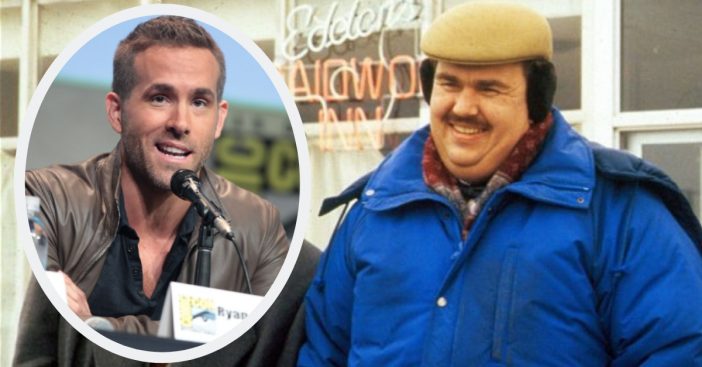 It is the 25th anniversary of the death of one of the greatest actors and comedians in Hollywood. John Candy is known for a number of hilarious films such as Planes, Trains & Automobiles (1987), Uncle Buck (1989), and Spaceballs (1987). Being Canadian, it made sense that Ryan Reynolds (another fellow Canadian) jumpstart a tribute to Candy on the 25th anniversary of his death.

“It’s the 25th anniversary of John Candy’s passing. We cooked up a small tribute to a comedic genius and Canadian hero,” Ryan’s post read, “If you haven’t seen much of his work, take a look at his films. He was a treasure.”

It’s the 25th anniversary of John Candy’s passing. We cooked up a small tribute to a comedic genius and Canadian hero. If you haven’t seen much of his work, take a look at his films. He was a treasure. Thanks to @chriscandy4u and @therealjencandy. 🇨🇦 pic.twitter.com/dHvuviKnBs

With the caption contained a video compiled of some of the most successful Candy movies and scenes. The two-minute tribute was created with the help of Candy’s children, Chris and Jen. The music playing in the background was actually a song featured towards the end of Planes, Trains & Automobiles. Cue the tears.

Candy was known for playing the roles of the big-hearted lovable buffoon in nearly every film in the 1980s and through the 1990s. Candy got his start on Second City Television Network, which was basically a Canadian version of Saturday Night Live. He was clearly destined for a career in comedy!

For those who weren’t aware, Ryan Reynolds is actually a huge fan of Candy’s work. In the film Deadpool 2, Reynolds’ character Wade Wilson can be seen reading The Canadian Mounted, which is the same book that Candy’s character was reading in Planes, Trains & Automobiles. Clever!

John Candy died of a heart attack on March 4th, 1994, while working on the movie Wagons East. He was just 43 years old. The two movies he was working on at the time of his death are dedicated to Candy in memory of him.

As a result of Candy’s work in both the film and television industry, he’s taken home two Primetime Emmy Awards, the Sir Peter Ustinov Award at the Banff Television Festival, and a post-humous Earl Grey Award from the Gemini Awards. He was nominated for several other accolades during his time.

Many people have already reacted to Ryan Reynolds’ tribute to Candy, including a brief statement from Jen Candy. “Like I said before. This made me cry. It’s so amazing and sweet! Thank you. 25 years tomorrow. Wow. He has so many people that absolutely love him, he was one of the best.” She is certainly not wrong. We miss him like crazy.

Be sure to SHARE this article if you miss John Candy! God bless him.

Check out the video below of John Candy’s funniest moments and relive the memories: