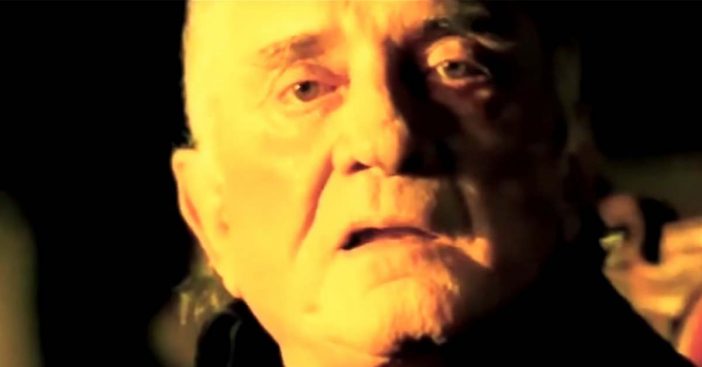 It doesn’t come as a shock to us that many songs and records these days come with an untold story. It was only within the last few months that the producer for AC/DC, Metallica, and Led Zeppelin, Rick Rubin, spilled the beans on the true story behind Johnny Cash‘s classic song “Hurt.”

In the same interview, he also revealed how Nine Inch Nails singer Trent Reznor reacted to the song upon the first time hearing it (spoiler alert, but his reaction is definitely not what you expect it to be). Do you remember the first time you heard the song “Hurt”?

Rick Rubin gave his thoughts on hearing Johnny Cash’s “Hurt” for the first time, saying, “Totally different song – much more hopeless. Usually, by the time you’re that age, you’ve found resolution. So to have sort of 20-year-old’s angst in your 60’s and 70’s – it’s brutal.”

When asked how he felt once the song was finished, he couldn’t gush more about the tune. “Excited. Because when you hear a really good version of what it is, I wouldn’t go into the emotion of it so much as the excitement of seeing something come together that has this power.”

Rubin went on to confirm how Reznor of Nine Inch Nails reacted to the song, and as we previously stated, it’s not what you expect it to be! “I actually sent to it to [Reznor] when we finished. I don’t think he liked it so much when he first heard it, but then Mark Romanek made the video for it,” he said, “When he saw the video, Trent was like, ‘Oh, I see what this is.’ I think he was too close at first, and it was just odd hearing someone else.”

It was clearly a slew of different emotions for Reznor, who sang the song before Cash. “I can remember we covered a Beck song [“Rawboat” on 1996’s Unchained], and I remember playing it for Beck, and I remember him saying, ‘This is the first time I’ve ever heard anyone sing my lyrics besides me, and it’s Johnny Cash.’ It was just so mind-blowing because he was probably 21 or 22 at the time.”

What do you think about Johnny Cash’s version of “Hurt”? Which version do you prefer? Be sure to SHARE this article with your thoughts!

Check out Johnny Cash’s version of “Hurt” below: