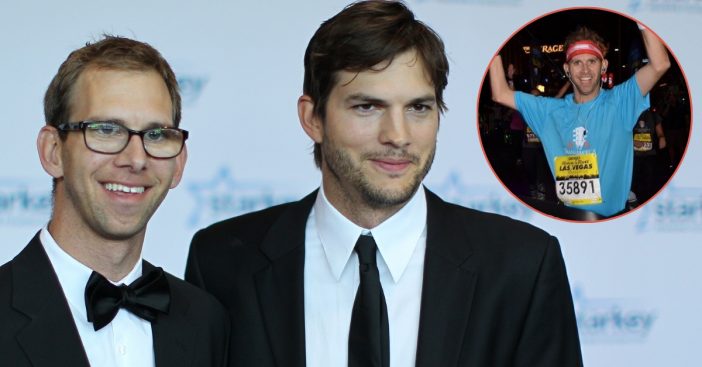 Did you know that at one point, Ashton Kutcher offered to donate his heart to his own brother, Michael? Michael lives with cerebral palsy and received a heart transplant at the age of 13. It was at that point in his life where Ashton offered up his heart to save his twin brother. Michael is now 40 years old and cannot find words to describe how he feels toward his brother.

“In all seriousness, we’re just very connected. It’s an honor or deep appreciation and a deep love for someone who would sacrifice that for you. I really can’t put words to it,” he says.

Michael told US magazine about his #BeTheGift campaign, which encourages people to register as an organ donor to help patients that are in need of any kind of transplant. He also had a deep conversation with Ashton about the way people with these kinds of disabilities are perceived and treated, which could be an important life lesson for many.

“I strongly feel that a major part of that reason is to be an advocate and be outspoken and use the platform that I am to advocate for disability, to advocate for organ donation, and I feel I’ve found my purpose in that,” Michael continued to reveal to the magazine outlet.

Ashton realizes just how special his brother is and has not been quiet about letting everyone else know how much his brother means to him. In a 2017 acceptance speech, he cited his brother, saying, “My brother was born with cerebral palsy and it taught me that loving people isn’t a choice and that people aren’t actually all created equal… The Constitution lies to us. We’re not all created equal. We’re all created incredibly unequal to one another, in our capabilities and what we can do and how we think and what we see. But we all have the equal capacity to love one another, and my brother taught me that.”

Michael ended his conversation with US magazine by saying what most people would think is the wrong end of the stick with his disability, he believes he got the right end.

Don’t you think that was such a loving and kind offer from Ashton at such a young age? We’re happy to see Michael and Ashton are doing so well and are still so close. Be sure to SHARE this article if you love the Kutcher family!

Check out the video below of an interview with Michael Kutcher!

Previous article: Do You Have A Cold Or The Flu? Here’s How You Can Tell The Difference
Next Post: Bumblebees Are Now Officially Listed As Endangered