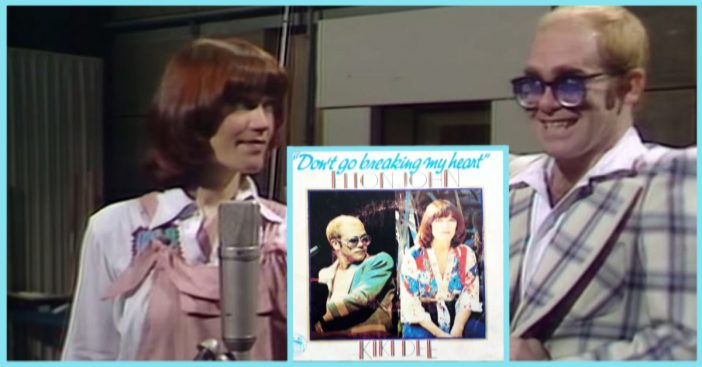 Kiki Dee explained in the book 1000 UK #1 Hits by Jon Kutner & Spencer Leigh, “Both Elton and I were big fans of those duets on Motown by the likes of Marvin Gaye and Tammi Terrell and as there hadn’t been any around for a bit, we thought we’d do one ourselves.” Elton recorded his part in Toronto, then the tape was sent to London where Kiki Dee recorded her vocal. Producer Gus Dudgeon recalls, “I was with Elton in Canada and he actually sang about three quarters of the song and gave Kiki about four lines. I said, “Hang on a minute, is this supposed to be a duet or a guest appearance? Elton replied, ‘A duet.’ Then you’ve got to give her at least 50 per cent of the song.”

After Elton John recorded his part in Toronto, the tapes were sent to London and when Kiki got them she remembered, “Elton had recorded the song abroad and also did my vocals in a high pitched voice which was quite funny, so I knew which lines to sing.”

Previous article: Let’s Share Some Old Memories About Ricky Nelson’s ‘Garden Party’
Next Post: Paul Anka, You Can Be My Destiny