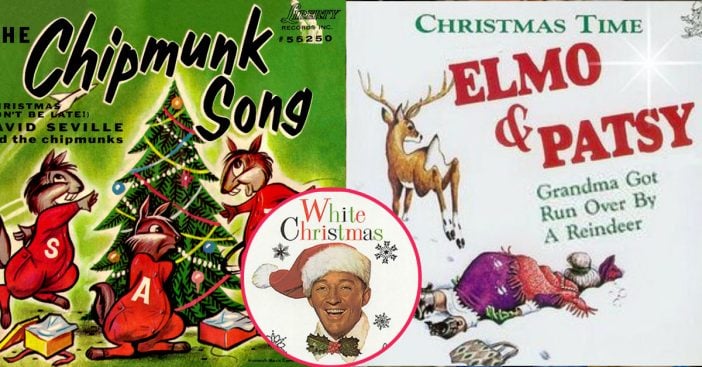 Check out the list (in no particular order) and see if you agree with every song on this list or not.

While many Christmas songs are low-key, this one can get the party going! The song was first released in 1957 by Bobby Helms. It got to #29 on the U.S. Billboard Hot 100 and is said to be a mixture between “Jingle Bells” and “Rock Around The Clock”. It remains a hit after appearing in many movies and being on lots of Christmas playlists.

This song was first recorded in 1970 by Jose Feliciano. It didn’t chart the U.S. Billboard Hot 100 until 1998! As it gained popularity, it has been covered by many other artists.

This song was popularized by Chuck Berry in 1958. Do you remember his version?

“Blue Christmas” is a classic Christmas song and our favorite version is by Elvis Presley. The song was written in 1948, but Elvis made the song very popular in 1957. It has also been covered by The Beach Boys and Patti LaBelle, among others.

“Christmas Time Is Here” was written for A Charlie Brown Christmas and sang by the Vince Guaraldi Trio. It became a hit by people who love this Charlie Brown special and you can now find vocal and instrumental versions of the song to enjoy at Christmastime.

This song is a classic sung the Alvin & The Chipmunks. Whether you love or hate their high-pitched voices, the song actually won three Grammy Awards.

7. “Rockin’ Around the Christmas Tree”

This song was written by Johnny Marks for Brenda Lee and was released in 1958. It is most famous for appearing in the movie Home Alone. The song has sold over 25 million copies.

“Silent Night” is a very old song, first written in 1818. However, it was popularized by Bing Crosby. His version is the third bestselling single of all time.

9. “Santa Claus Is Coming to Town”

When the Jackson 5 released a Christmas album, this song quickly became the biggest hit off that album in 1970.

Everyone knows this song. The song was written in 1949, based on the popular children’s story. Gene Autry was the first person to record the song.

Read on to the next page for even more amazing Christmas songs!

Previous article: The True Story Behind The Lyrics Of ‘White Christmas’ Will Break Your Heart
Next Post: Mom Defends Her Daughter’s Unique Name After Airline Employees Mock Her