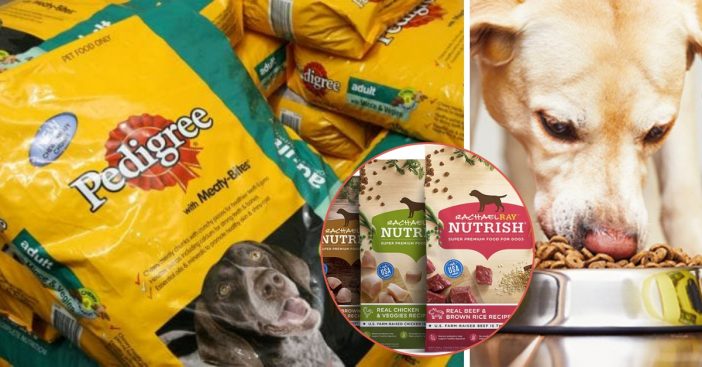 It’s normal and fairly common to treat your household pet as a true member of the family. But are millennials taking it too far? As the millennial generation becomes more and more apt to treat their dog or cat like their first-born child, they are also spending their money on more expensive pet food, which is causing some of the best-known pet food brands to struggle.

Some of these brands include Mars’ Pedigree, Kibbles ‘n Bits, and Nestle’s Purina, all of which are struggling due to the shift in spending habits by millennials. The pet food they’re buying that’s different from these brands? “Human-grade” food.

One of the highest selling human-grade dog foods on the market right now is Rachael Ray’s Nutrish brand. It’s also available in gluten-free options and if we hadn’t told you it was dog food, we’d bet you wouldn’t know the difference!

According to a study by Nielsen, the annual household spending on pet food items increased by 36% between 2007 and 2017, meaning millennials are definitely prioritizing their pets and what kind of food they consume over other things.

According to data analytics firm GfK, human-grade dog food has only recently been on a skyrocketing increase. More than 4,500 new pet food products were released in 2017, a 45% increase from the year before. Of those 4,500 products, the majority of them were premium, human-grade food.

Due to this shift, prices have been rising a substantial amount to keep up with the competition. The average price of pet food increased from $1.71 a pound in 2011 to $2.55 a pound by the end of 2017, according to GfK.

Essentially, the more pet owners choose to pamper their pets, the higher the prices will rise, and that’s causing household name brands to suffer under the competition.

According to the American Pet Products Association, pet owners in the United States spent $69.5 billion on their pets in 2017 alone.

So, where’s the proof that household brands are struggling?

They actually began struggling in the beginning of 2017. An article posted by The Christian Science Monitor detailed how and why these brands are struggling in comparison to the human-grade food brands.

“Packaged-food sales have been on the decline amid growing awareness and concerns about the sodium and sugar content of processed foods,” the article reads. “As increasing consumer awareness about food ingredients and nutrition has steered food companies toward a market of less picky, four-legged eaters, it has also motivated fast-food brands, and candy and soda manufacturers, to turn their attention to the profitable business of making more healthful foods for humans.”

Be sure to SHARE this article to spread the news about this rise in human-grade pet food. Do you buy premium food for your pet?