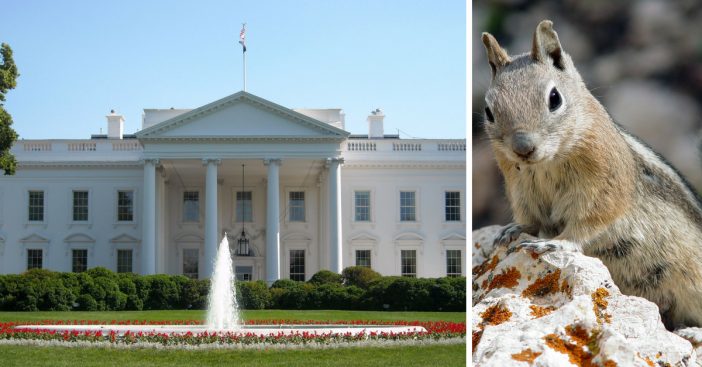 You might remember some of the most famous cats and dogs who have lived in the White House, but do you know some of the weirder pets that lived there? Some U.S. Presidents decided to have crazy pets instead of the traditional cat or dog.

Here are some of the strangest pets that ever lived in the White House.

President Warren G. Harding actually had a pet squirrel. He stayed on the White House grounds and was so friendly, he would eat out of people’s hands.

Parrots aren’t that strange of a pet choice, but Andrew Jackson taught his parrot to swear. George Washington and James Madison’s wives also had parrots for pets.

Can you imagine having an alligator for a pet? John Quincy Adams received one from Marquis de Lafayette. Apparently, it lived in a bathroom and Adams would scare guests with it.

4. Teddy Roosevelt basically had a zoo

He had snakes, a lion, a hyena, a zebra, five bears and a badger on White House grounds. Oh, he also had more normal pets like dogs, cats, birds, horses, rats, and guinea pigs.

Woodrow Wilson tried to cut costs by having sheep help with the lawn maintenance.

Martin Van Buren was gifted with two tiger cubs from the Sultan of Oman. He later gave them to a zoo for proper care.

Thomas Jefferson received a pair of grizzly bears from Zebulon Pike. They lived in cages at the White House for a little while but then went to a museum.

James Buchanan actually kept an eagle, the national bird, during his term.

A Siamese cat isn’t that unusual. However, Rutherford B. Hayes had the first bred Siamese cat ever documented in the United States. He was president from 1877-1881.

Which pet surprised you the most? Which pet do you wish you could have? If you enjoyed this article, please SHARE with a friend!

Previous article: 7 Words And Phrases That Actually Originated In The Military
Next Post: 6 British Laws That The Queen Is Allowed To Ignore