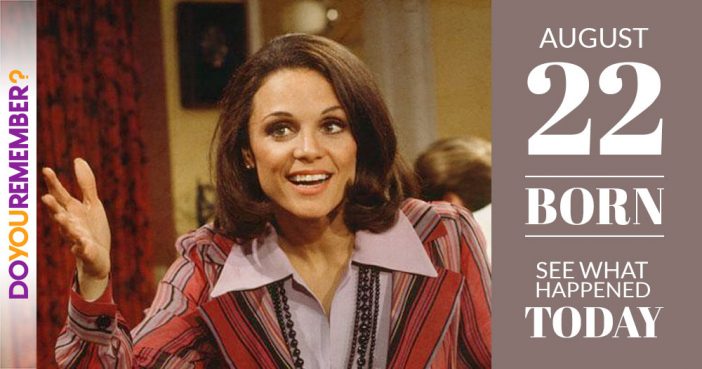 Born today-Valerie Kathryn Harper (August 22, 1939) is an American actress.
She is best known for her roles as Rhoda Morgenstern in the 1970s television series The Mary Tyler Moore Show and its spin-off, Rhoda