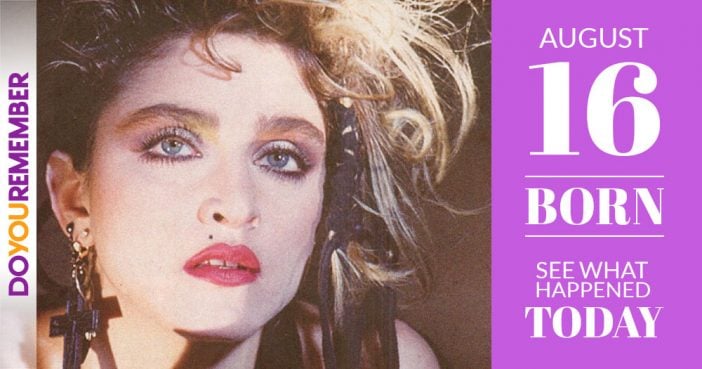 Born today-Madonna Louise Ciccone (born August 16, 1958) is an American singer, songwriter, dancer, actress, and businesswoman. She achieved popularity by pushing the boundaries of lyrical content in mainstream popular music and imagery in her music videos, which became a fixture on MTV.

Previous article: TV Was Black & White But These Chefs Sure Were Colorful!
Next Post: Remembering The King of Rock and Roll: Elvis