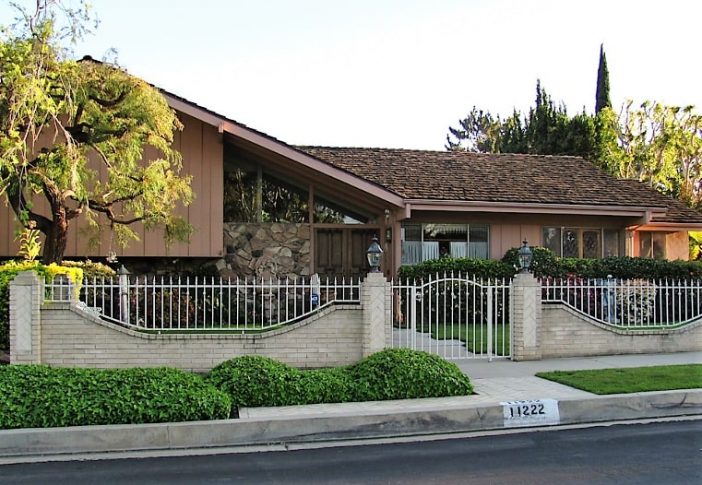 The cast of The Brady Bunch recently reunited at the home that was the face of the classic television show. They also are featured on this renovation show on HGTV. The six siblings on The Brady Bunch met up to start the celebrations of the show called A Very Brady Renovation. Have you checked this show out yet? It’s fantastic!

It was the first time all of the television siblings came together in 15 years. The home was the exterior of The Brady Bunch home on television from 1969 to 1974.

How it Broke Down: Each actor will pair up with an HGTV star

Each actor paired up with famous designers on different shows on HGTV to work on the renovations of the inside of the home. For example, Maureen McCormick, who played Marcia Brady, teamed up with Property Brothers Drew and Jonathan Scott. The team will focus on the home’s front, entryway, and living room. Maureen said she considered buying the home, along with NSYNC star Lance Bass. However, HGTV outbid everyone and bought the home for $3.5 million.

Note From Editor: I was just informed you can now watch The Brady Bunch for Free on Amazon! You will need prime, but if you don’t have it, you can use their free trial, here’s the prime trial link. Now, Back to the article 🙂

This is who renovated which rooms!!

Susan Olsen, who played Cindy Brady, said that producers once told her that the inside of the home looked just like the set. She said it hurt her feelings all those years ago when she found out that it was a lie. Susan worked on the girls’ bedroom, the second-floor hallway, and the bathroom with Good Bones Mina Starsiak Hawk and Karen E Laine.

Mike Lookinland, who played Bobby Brady, also teamed with Laine and Starsiak Hawk to work on the boys’ bedroom. Restored By the Fords’ Leanne and Steve Ford worked with Eve Plumb, who played Jan Brady, to renovate the family room and the kitchen.

Christopher Knight, who played Peter Brady, worked with Hidden Potential’s Jasmine Roth to change up the master suite. Barry Williams, who played Greg Brady, also worked with Roth to fix up the office and den. Lastly, Flea Market Flip’s Lara Spencer teamed up with Plumb and Williams on Greg’s Attic and Alice’s room.

The Brady kids all agree that people will love this show and it will bring up some great memories for fans of the show. Have you gotten a chance to watch the A Very Brady Renovation on HGTV?

If you love The Brady Bunch, check out our in-depth video about some behind-the-scene drama!!!

For more of these videos, check out our YouTube Channel.