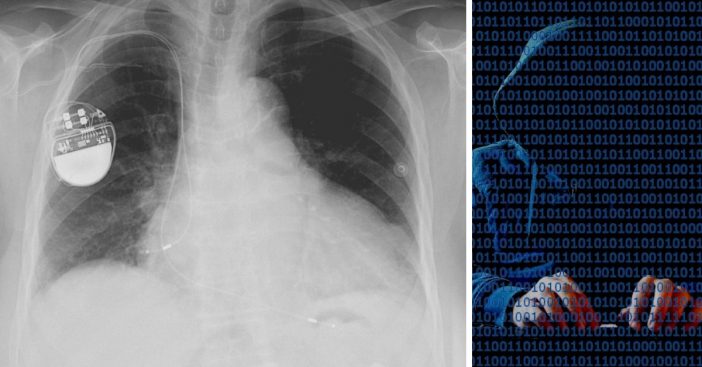 You might realize that your computer, your bank account, and other electronic items can get hacked. That is a scary thought, but even scarier is that new reports show that pacemakers could get hacked. Yes, pacemakers and other electrical medical devices that might save your life could be in the hands of a hacker.

Why would a hacker want to control your pacemaker? Medical devices could be targeted by hackers for political, financial or personal gain. Chances are the average person is not at risk, but it is still frightening news.

While there have been no reports of hacked pacemakers, the FDA did recall 465,000 pacemakers in 2017 because of this security fear. There were security issues with these pacemakers that made them more vulnerable to threats that could result in death. If you had one of these pacemakers, the fix did not require surgery. You simply had to visit your doctor and get an update to the pacemaker’s software.

Luckily, companies like MedCrypt are around to secure data and instructions in pacemakers and other vulnerable medical devices. They also monitor them for potential threats. If you have a pacemaker, you are most at risk when the batteries are overworked or depleted. This makes it easier for hackers to get in.

Even though pacemakers have been at risk for hacking for over a decade, doctors believe that the likelihood of a hacker affecting a pacemaker is very low. The chances are higher if a famous person or political figure wears a pacemaker, but so far no one has been affected. It seems like something that would be in a movie or television show, doesn’t it?

Even though the risk is low, if you have a pacemaker, you should still be aware of the threat and take precautions. Make sure you change the batteries often, have it covered by a cyber security team, and get your pacemaker checked out by your doctor often. Often hospital networks are always more easily accessed and controlled by hackers. You may want to ask about your hospital’s cyber security the next time you are in.

Do you have a pacemaker or another similar electrical medical device? Did you know that it could get hacked or is this brand new information to you?

Please SHARE this article with anyone you know who has a pacemaker or another similar medical device! Even though the risk is low, people should be informed!

Previous article: How To Make Pumpkin Pie Just Like Mom Used To Make For Thanksgiving
Next Post: Walmart Is Going To Eliminate Those Annoying, Busy Checkout Lines During The Holidays