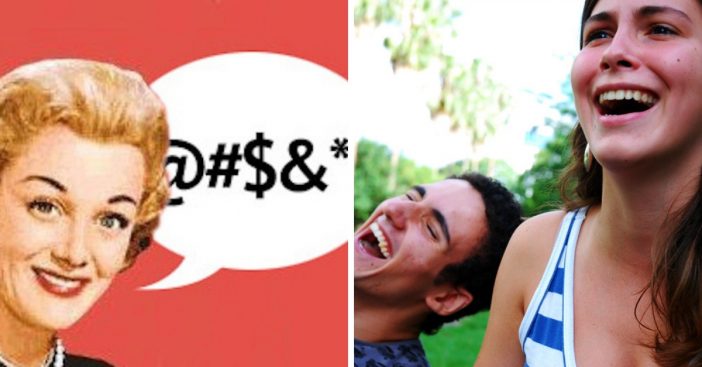 Looks like research shows that being friends with people who swear like a sailor may be good for your health! According to several studies from multiple international universities, people who swear more tend to have lower-deception levels and higher integrity at a personal and societal level.

The results of this study indicate that those who swear more often use that as a means to let off steam and are less likely to harm themselves or others. This is an easier way for them to destress and it, in turn, makes them more honest and dependable, in addition to the lower-deception and higher integrity levels. With this being said, people who swear more tend to be more trustworthy than the average person, so time to make new friends!

The study included two sets of questionnaires. The first questionnaire gathered the answers of 276 participants to learn their favorite and most commonly used swear words. They were also asked to state the reason for using these words and were subjected to a lie-detector test to determine if they were being truthful or just responding in a socially-acceptable way.

Those who wrote down a higher number of ‘favorite and most commonly used curse words’ were less likely to be lying.

Geographical areas played a huge role in the data as well. The data showed that those in north-eastern states in the U.S. tend to swear more than those in the southern part of the U.S.

It is evident that by the Social Psychological and Personality Science journal, they have concluded that there is “a consistent positive relationship between profanity and honesty; profanity was associated with less lying and deception at the individual level and with higher integrity at the society level.”

Be sure to SHARE this article if you’re ‘that friend’ who swears all the time.