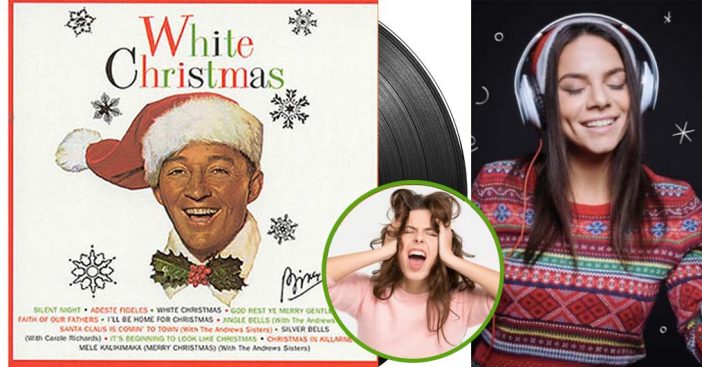 Many sources have been posting about how getting into the Christmas spirit early is actually good for your mental health and those people are often happier! This is because anything Christmas-related often invokes feelings of nostalgia and happy childhood memories. Well, now some psychologists are saying that listening to Christmas music too soon is actually bad for your health.

How exactly? According to clinical psychologist Linda Blair, the onset of Christmas music typically invokes anxiety in those who get stressed out by remembering all the things they have to get done before Christmas; shopping for relatives, parties, traveling, and financial stress are all common negative reminders brought on by Christmas music.

Blair also states that retail store workers are at most risk for becoming worn down by the countless and continuous holiday tunes. She says that retail workers often become irritable because of it and focus on trying to tune it out (although most times they are unable to).

“Christmas music is likely to irritate people if it’s played too loudly and too early,” Blair says. What is now known as the “Christmas Creep” in retail stores, it’s common for stores to start the Christmas merchandise early in addition to the music… sometimes as early as October. According to a survey of top retailers by the Tampa Bay Times, Best Buy started their holiday music on October 22nd. This is apparently a known successful marketing tactic.

We're barely into November and stores are already playing Christmas music. How early is too early? via @SpataTimes https://t.co/LLhFTvQfZ9 pic.twitter.com/0Q6mXlTZ9T

Danny Turner, a programming executive with Mood Media, says that by playing these songs earlier than what is considered socially acceptable, they tend to be more annoying than cheerful.

“The one I have in mind is The 12 Days of Christmas… Once I’m at the third day, I’m counting how many days are left. You don’t want any songs that feel like they last for 12 days,” he says.

“The holiday season stirs up a sense of nostalgia. Nostalgia helps link people to their personal past and it helps people understand their identity,” she explains, “Perhaps the holidays serve as a reminder of when a loved one was still alive. Or maybe looking at a Christmas tree reminds someone of what life was like when they still believed in Santa. For people who have lost a loved one, the holidays may serve as a reminder of happy times they had with that person in the past. Decorating early may help them feel more connected with that individual.”

Whether you identify as a Christmas early bird or a bit of a Grinch before this upcoming holiday season, now we know the reason why Christmas music can be so irritable when it’s played too early.

Be sure to SHARE this article if you’re excited for Christmas! Don’t forget to watch the full news coverage on this study below.