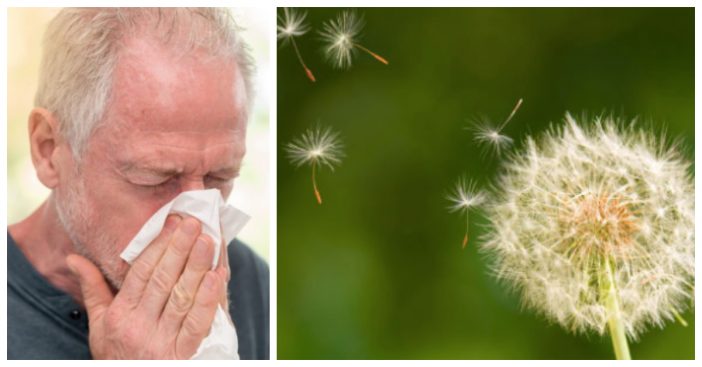 It’s no secret that bad allergies can creep up at literally anytime, but 2018 might be the worst year for allergies. The worst part? It’s not even far from over. While allergies tend to pop up just as spring begins to roll around, studies have shown that it will most likely continue into the winter season and it will be pretty gnarly.

Healthline was the first to confirm that most allergy-like symptoms are the result of weather and temperature fluctuations. This means if you’re prone to sneezing or nasty headaches when the weather changes, you’re in for quite the allergy season this year and may have already experienced it.

Dr. Clifford W. Bassett, the founder and medical director at the Allergy & Asthma Care of New York, reported that by April of this year, almost one-third of the U.S. was experiencing moderate to high levels of pollen. Dr. Purvi Parikh, a New York allergist and immunologist, also provided insight on the allergy season among us and how humans generally react to it.

“Patients are already symptomatic. The ups and downs in weather this year… are throwing everyone’s allergies for a loop,” Parikh said.

Healthline reports that warmer than average temperatures can pave the way for increased precipitation, meaning a longer allergy season with more pollen production. Dr. Stacey Galowitz, DO, an allergist from New Jersey described how this process works and why it affects our bodies (and poor sinuses) so much.

“Increased carbon dioxide from pollution, leads to more pollen production, which means more seeds, which means more pollen in the next season. Worsened pollen production plus more people being diagnosed with environmental allergies each year leads to more people suffering,” Galowitz said. To top it all of, Galowitz told Healthline that with all of the warm temperatures encountered in the early winter season, followed by randomized back-to-back snowstorms, it’s the perfect recipe for nasty allergies.

There are some important environmental factors that play into just how bad allergy season can get… and how long it can be. Your usual spring pollen can begin in the late winter season and end as late as late spring, meaning we could all be screwed for the whole year! Dr. Anthony Del Signore, the director of Rhinology and Endoscopic Skull Base Surgery at Mount Sinai Union Square in New York, noted a possibility of climate change having a lot to do with our longer, more impactful allergy seasons.

“Given this year’s winter and early spring weather patterns across the U.S., several trends seem to be playing out. Tree pollen season is shaping to be more impactful and with stronger and longer peaks given the warmer winter weather.”

So, now that we know what’s causing the elongated, terrible allergy season, the question is, how do we deal with it? While there’s the old-fashioned way of antihistamines, Parikh says that the best way to treat allergies is with immunotherapy depending on where you’re experiencing the most severe case of allergies.

This may be in the form of pills or a shot among many other options, but reading up on immunotherapy to decide what is right for you is your best option!

Please SHARE this article to spread the news about the persisting allergy season!